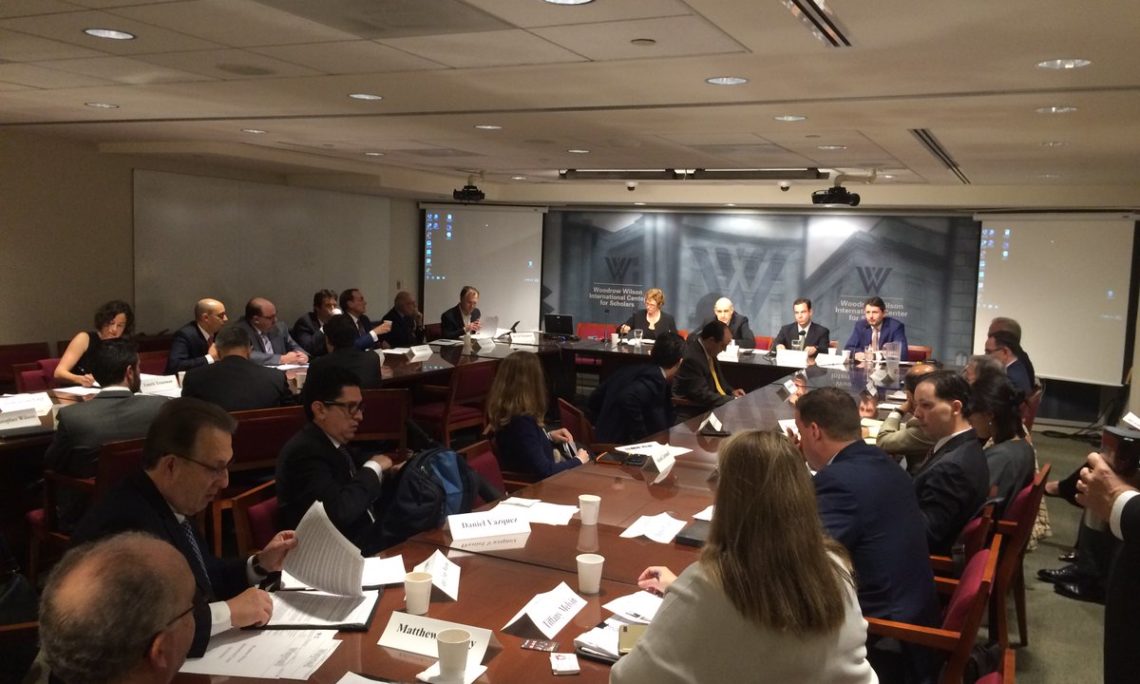 Participants in the Stakeholder Dialogue for the North American Leaders Summit. (Credit Twitter)

On Thursday, September 29, 2016, the Woodrow Wilson International Center for Scholars (Wilson Center) will host the first-ever Stakeholder Dialogue on North American Competitiveness. Representatives from the private sector, NGOs, academia, and unions will give their feedback on the results of the most recent North American Leaders Summit (NALS) and offer their perspectives on how the governments of the United States, Canada, and Mexico can work collaboratively to increase North American competitiveness.