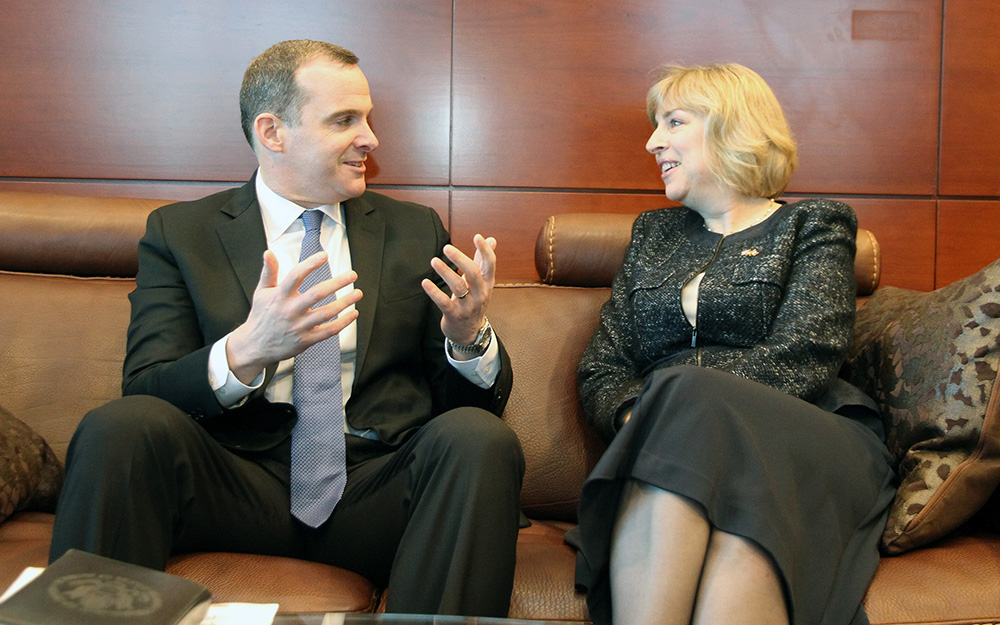 Special Presidential Envoy for the Global Coalition to Counter ISIS Brett McGurk visited Ottawa today for senior-level discussions with Canadian officials including Minister of Foreign Affairs Chrystia Freeland, Minister of National Defense Harjit Sajjan, and National Security Advisor Daniel Jean. Mr. McGurk provided an update on the Global Coalition’s comprehensive campaign to defeat ISIS in Iraq and Syria and sever its global networks (foreign fighter, finance, and propaganda). Mr. McGurk discussed how the campaign is accelerating at the direction of President Trump, and praised the performance of Iraqi forces in Mosul and the Syrian Democratic Forces completing the isolation of Raqqa. As a follow up to the March 22 Ministerial meeting in Washington, they also discussed preparations for the stabilization of Mosul and Raqqa following ISIS’s defeat in these self-proclaimed capital cities.

Mr. McGurk expressed the United States’ appreciation for Canada’s recent extension of its many military contributions to the fight against ISIS, including the critical advise and assist role it has played with Iraqi Security Forces in support of the Mosul operation, as well as a combat medical hospital to care for the wounded. In addition, he praised Canada’s innovative approach to stabilization and humanitarian efforts after the battles are won, which have helped set conditions for 1.6 million displaced Iraqis to return to their homes in areas liberated from ISIS terrorists.

Mr. McGurk discussed the aftermath of the horrific chemical weapons attack by the Bashar al-Assad regime in Syria, and President Trump’s determined response on April 6th to deter further attacks. He thanked the Canadian government for its full support. It was discussed that while our immediate priority in Syria is the defeat of ISIS, all stakeholders, including Russia, have an obligation to de-escalate the civil war and set conditions for a meaningful political process that ultimately leads to new leadership in Damascus.

As a founding member of the Global Coalition, Canada has made significant contributions from the earliest days of the fight against ISIS and remains a key partner across all lines of effort in our global campaign. Mr. McGurk was grateful for his reception in Ottawa, and looks forward to ongoing and regular collaboration with his Canadian counterparts over the coming months.