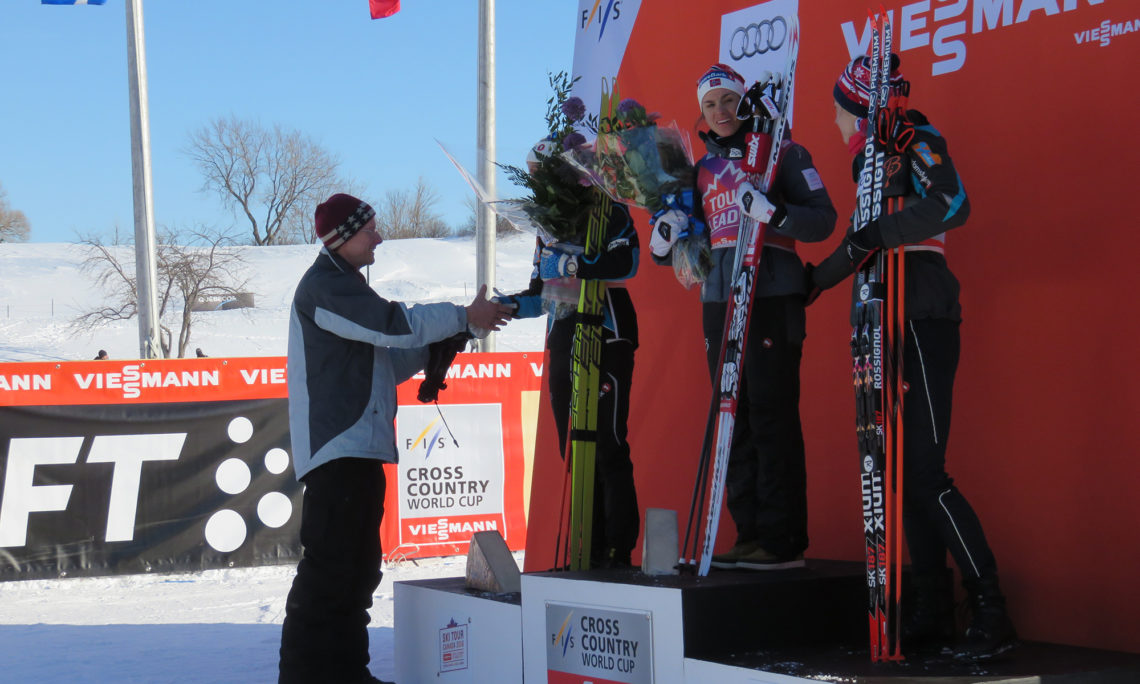 Consul General Hale VanKoughnett attended the Ski Tour Canada 2016 Cross Country World Cup on March 5-6 in Quebec City. During the event, he met with the competitors and presented the award to the second place finisher in the women’s pursuit race, Therese Johaug of Norway.

The Cross-Country World Cup is an annual cross-country skiing competition organized by the International Ski Federation (FIS) since 1981. This year’s tour features four iconic Canadian ski destinations as host venues. The first week of racing had four stages and was held in Gatineau, Montreal, and Quebec City, while the second week features the final four stages and awarding of the FIS crystal globes in Canmore, Alberta. The event lasts twelve days and includes athletes from 25 countries.