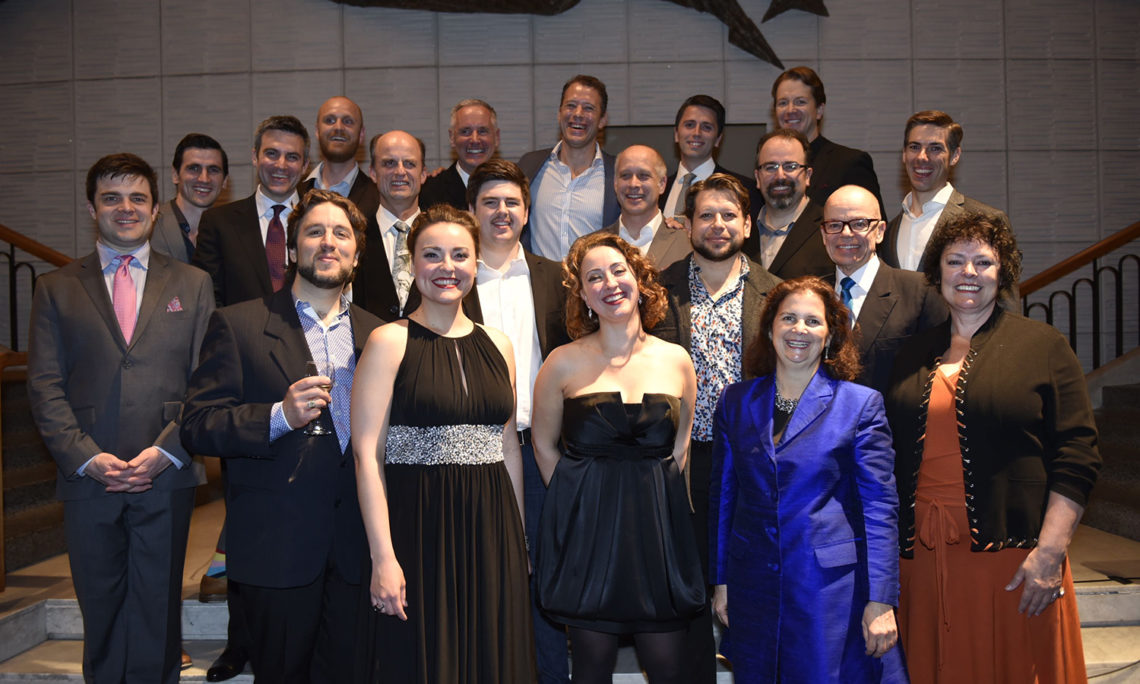 Silent Night cast and crew after the premiere.

The Montreal premiere of the Pulitzer prize-winning opera Silent Night by the Opéra de Montréal was held this past Saturday. The evening, which ended with a reception co-sponsored by the Consulate and Veterans Affairs Canada, was a true example of international cultural diplomacy. The opera tells the moving story of a Christmas Eve truce between enemy combatants during World War I and features music and multilingual lyrics by American composer Kevin Puts and librettist Mark Campbell. The piece was commissioned by the Minnesota Opera and co-produced by Opera Philadelphia, and is being performed in Montreal by an all-Canadian cast.