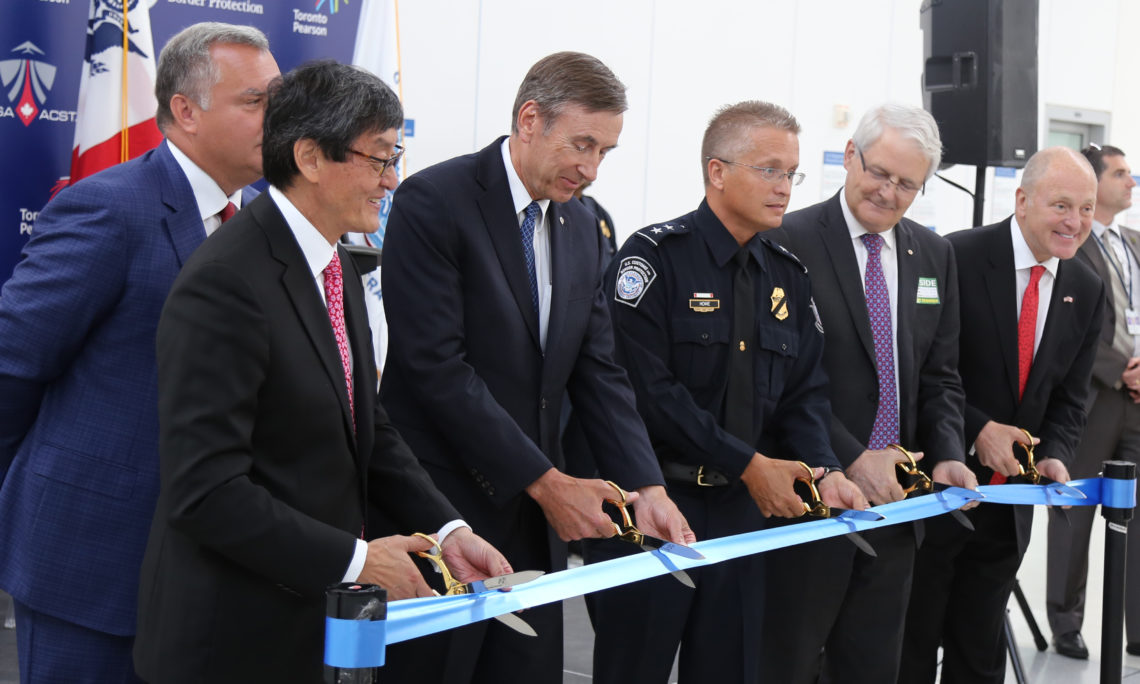 “The United States and Canada are both deeply invested in the facilitation of legitimate trade and travel across our shared border, while also working together closely to guarantee the security of our citizens,” Ambassador Heyman said. “The Security in Advance project that we inaugurate today is a great example of our cooperation. Pearson airport is the busiest U.S. global air port of entry outside of the United States. Security in Advance will provide safer, more seamless, and more efficient travel to the United States for Canadian and international visitors traveling through Pearson. I’d like to thank the Canadian government, GTAA and U.S. Customs and Border Protection for their work to make Security in Advance a reality.”

“CBP is proud to be a part of this collaborative project that will streamline the Preclearance process for the millions of travelers that fly through Toronto to the United States each year,” Director Randy Howe noted.

Toronto Pearson, Canada’s largest and busiest airport, provides a vital link that cements the economic relationship between the United States and Canada. It is the fourth largest U.S. CBP port of entry.