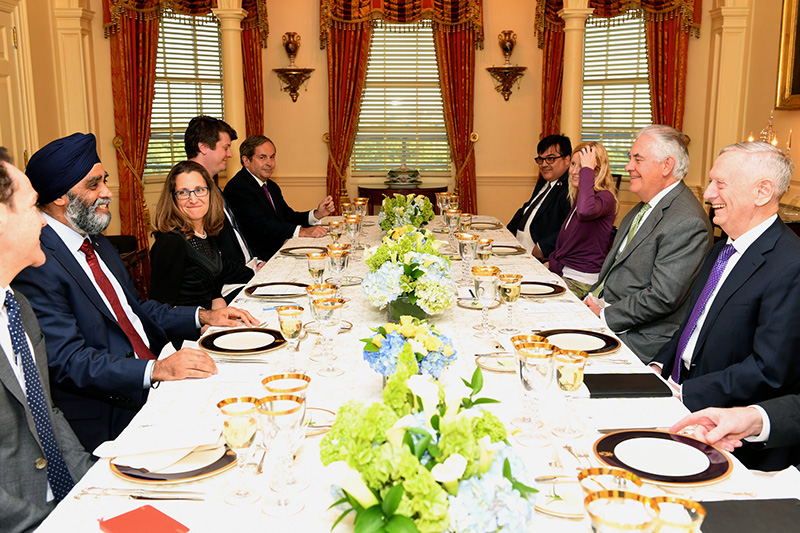 The below is attributable to Spokesperson Heather Nauert:‎

U.S. Secretary of State Rex Tillerson and U.S. Secretary of Defense James Mattis hosted Canadian Minister of Foreign Affairs Chrystia Freeland and Canadian Minister of Defense Harjit Sajjan for policy discussions over dinner yesterday evening at the Department of State in Washington, D.C. Their conversations focused on joint security initiatives in the United States, Canada, and throughout the world. Among other topics, the Secretaries and Ministers discussed the North American Aerospace Defense Command (NORAD), NATO, Ukraine, Venezuela, Iraq, Syria, and continuing counterterrorism cooperation to defeat ISIS.