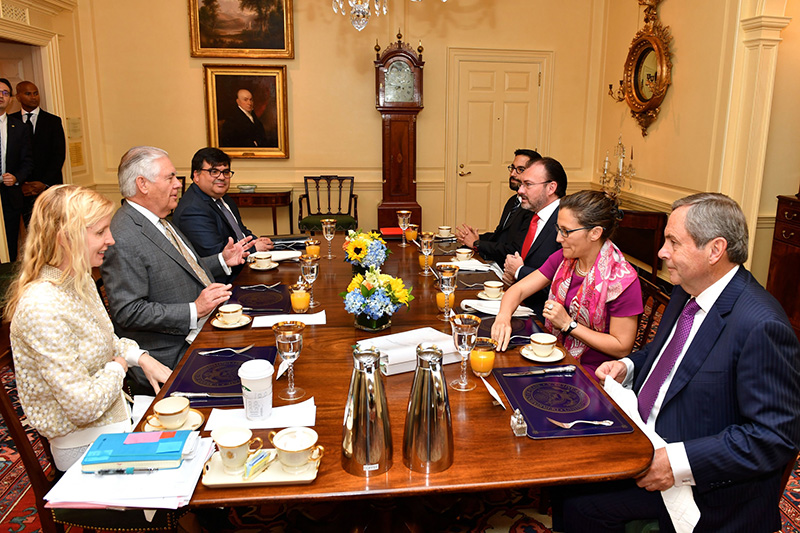 The below is attributable to Spokesperson Heather Nauert:‎

U.S. Secretary of State Rex Tillerson hosted a working breakfast this morning with Canada’s Minister of Foreign Affairs Chrystia Freeland and Mexico’s Secretary of Foreign Relations Luis Videgaray at the Department of State in Washington, D.C. The three leaders discussed today’s Organization of American States (OAS) Meeting of Consultation of Ministers of Foreign Affairs on Venezuela; the OAS General Assembly in Cancun, Mexico, June 19-21, 2017; and other regional issues.