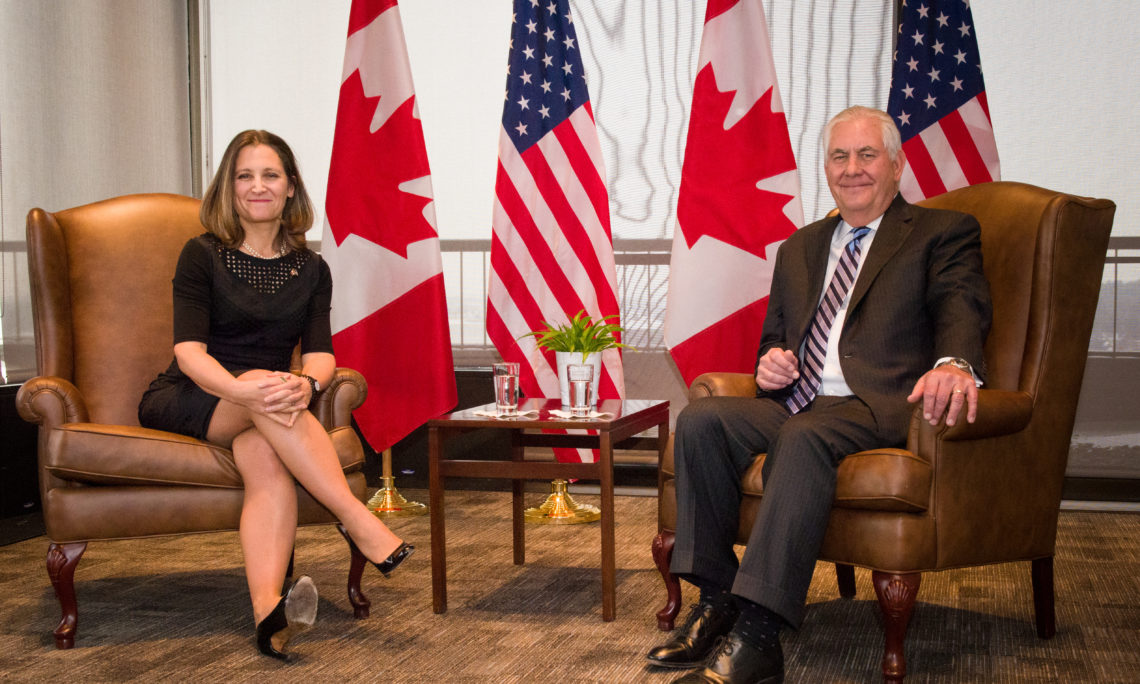 Secretary of State Rex W. Tillerson traveled to Ottawa on December 19 at the invitation of Canadian Minister of Foreign Affairs Chrystia Freeland for his first official visit to Canada as Secretary of State. Discussions covered U.S.-Canadian coordination on a range of global and regional topics, including the threat posed by North Korea and the situation in Venezuela.

Secretary Tillerson visited Global Affairs Canada, where Minister Freeland greeted him.  They and observed an Indigenous welcome ceremony offered by members of the Algonquin First Nation, and held bilateral meetings. Later in the day, Secretary Tillerson and Minister Freeland held a joint media availability where Secretary Tillerson remarked on the depth of the U.S.-Canada relationship, stating “Our countries enjoy the most extensive economic relationship you’ll find anywhere in the world, and there are a number of opportunities to grow that relationship – important opportunities – and build on the strengths of both countries in the years ahead. I think it’s well known that almost 400,000 people move back and forth across this shared border, and almost $2 billion of goods and services cross our shared border every day – a real testament to the strong economic ties that exist between our people.”

Secretary Tillerson and Minister Freeland announced that the United States and Canada will co-host a Foreign Ministers’ Meeting on Security and Stability on the Korean Peninsula.  The meeting will take place in Vancouver on January 16, 2018.

Ambassador Craft also hosted Secretary Tillerson at U.S. Embassy Ottawa for a meeting with Embassy personnel, where Secretary Tillerson emphasized the importance of the work of American and local staff, and thanked the Embassy’s Marine Security Guard detachment for their service to the Department of State and to their country.