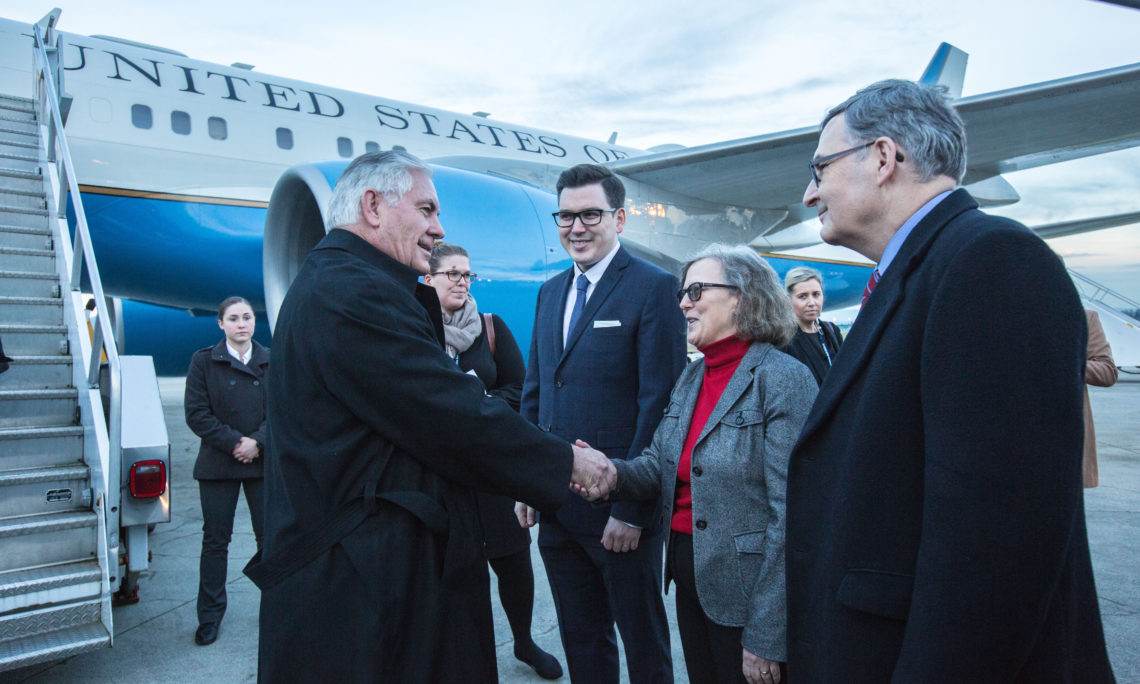 VANCOUVER_BC_Jan 15_2018: US Secretary of State Rex Tillerson arrives at the Vancouver International Airport Monday, Jan 15, in advance of the US Canada summit regarding North Korean threats. Photo by Kim Stallknecht

Co-hosts United States Secretary of State Rex W. Tillerson and Canadian Minister of Foreign Affairs Chrystia Freeland convened the Foreign Ministers’ Meeting on Security and Stability on the Korean Peninsula on January 16, 2018 in Vancouver, British Columbia to discuss the global threat of a nuclearized Democratic People’s Republic of Korea (DPRK) and investigate options for returning stability and security to the region.

The delegations discussed the current threat, committed to rigorous enforcement of sanctions and DPRK non-proliferation, and strategized how to best employ effective diplomacy and next steps to defuse tensions.

Following the final plenary, Freeland and Tillerson held a joint press conference where the latter summarized the assemblage’s outcome: “Our nations repeated a unified message that we have sent the regime before: we will not accept a nuclear armed North Korea. All of us share one policy and one goal, and that is the complete, verifiable and irreversible denuclearization of the Korean Peninsula.”