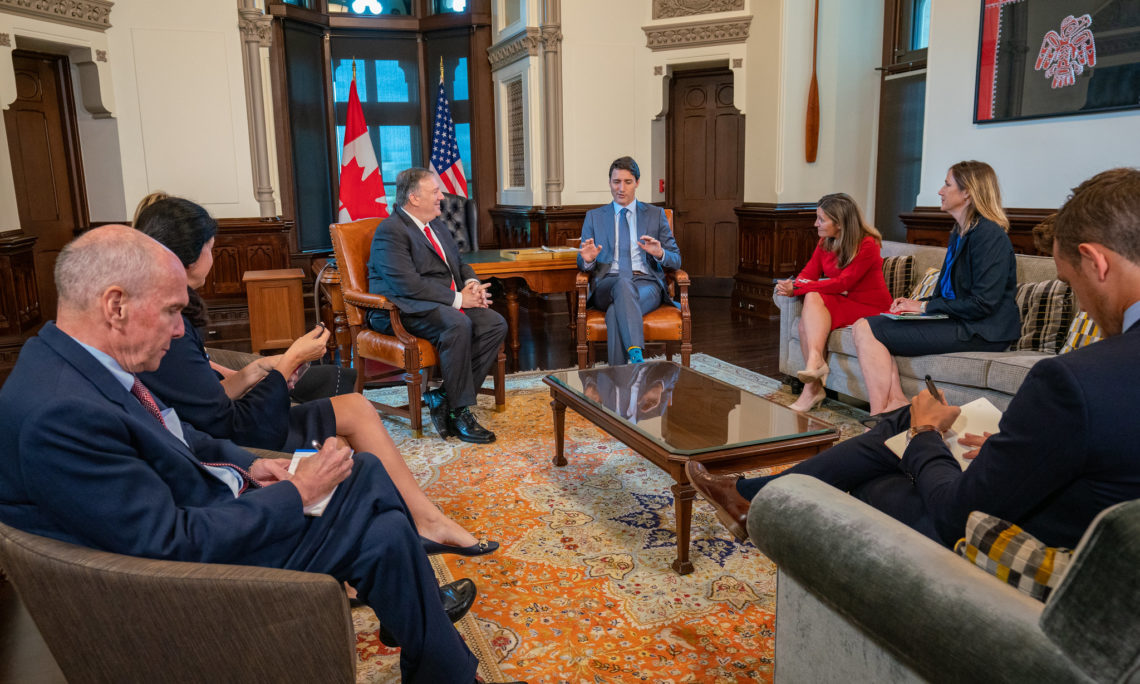 READOUT
OFFICE OF THE SPOKESPERSON
AUGUST 22, 2019

Secretary of State Michael R. Pompeo met with Canadian Prime Minister Justin Trudeau today in Ottawa, Canada.  They emphasized the strong bilateral relationship and economic ties between our two countries, including the United States-Mexico-Canada Agreement.  Secretary Pompeo stressed the United States’ unwavering commitment to NATO and the importance of allies meeting their defense investment commitments.  They also discussed the ongoing humanitarian crisis in Venezuela, and the Secretary expressed appreciation for Canada’s consistent support to international efforts to maintain pressure on the Maduro regime.  The Secretary reiterated his continued concern about the ongoing detention of Canadian citizens Michael Kovrig and Michael Spavor in China.