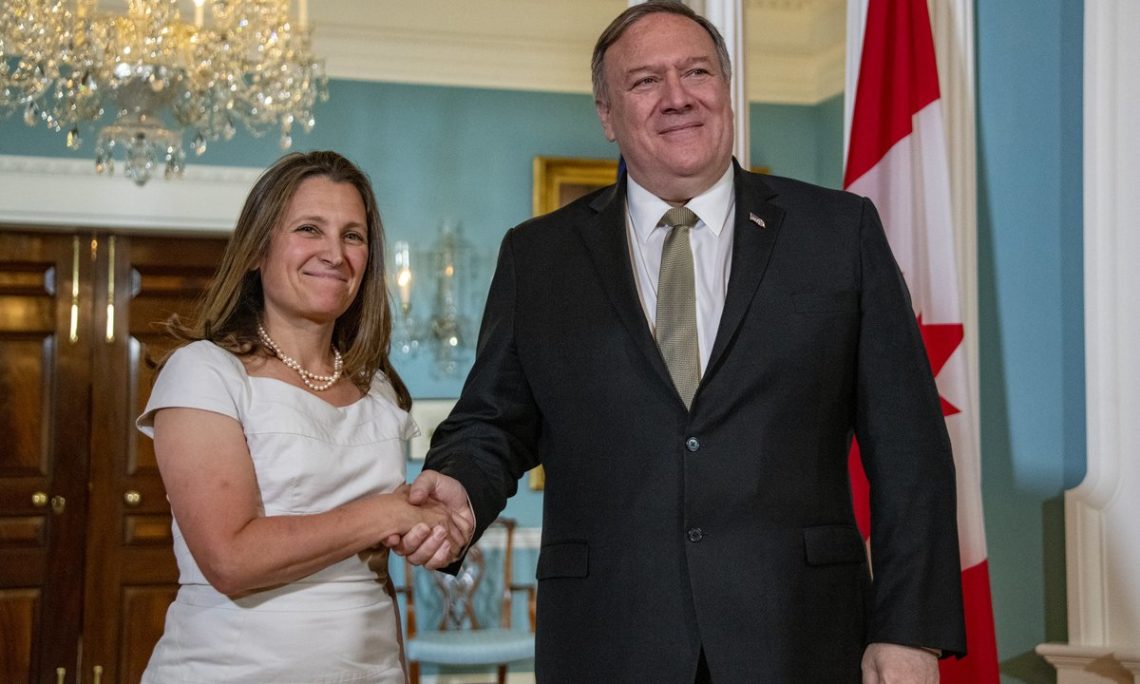 Secretary of State Michael R. Pompeo met today with Canadian Foreign Minister Chrystia Freeland in Washington, D.C.  The Secretary and Foreign Minister reiterated their mutual commitment to restoring democracy in Venezuela and Nicaragua.  They discussed Cuba’s destabilizing interference in Venezuela.  The Secretary and the Foreign Minister emphasized their continued concern about the ongoing detention of Canadian citizens Michael Kovrig and Michael Spavor in China and China’s use of exit bans as a form of coercion.  They agreed China’s actions are damaging.  Both leaders welcome results-oriented engagement with China that addresses Chinese behaviors of concern to both countries and emphasizes the importance of its respect for rule of law, human rights, and fair and reciprocal trade.