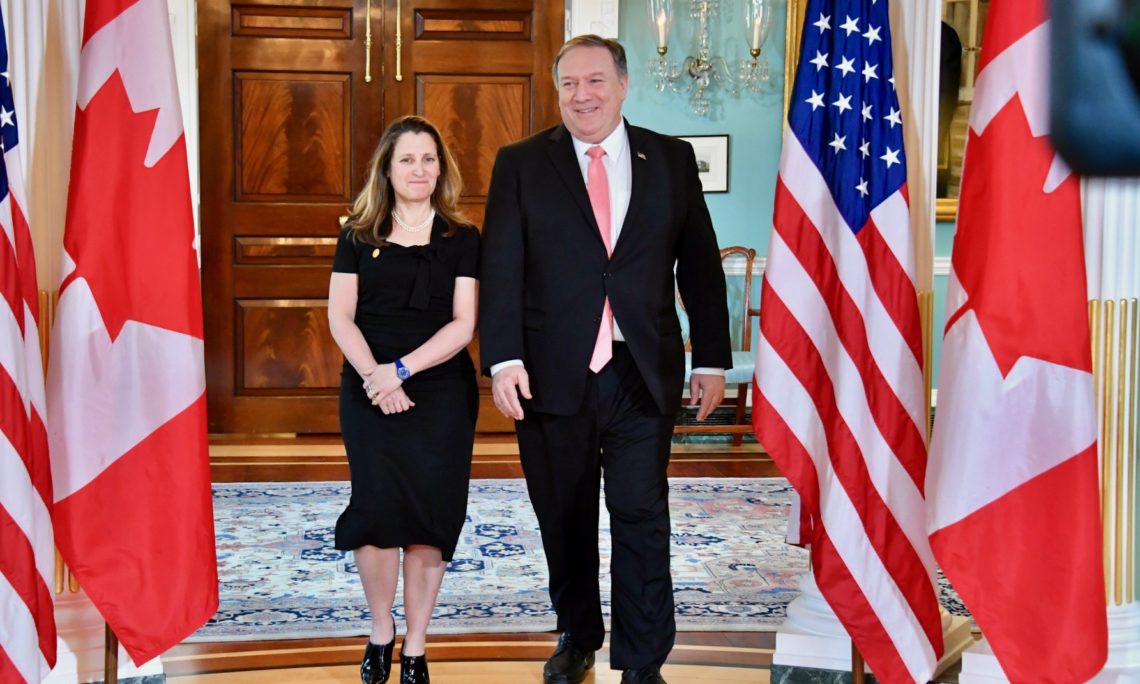 The below is attributable to Deputy Spokesperson Robert Palladino:‎

Secretary of State Michael R. Pompeo met yesterday with Canadian Foreign Minister Chrystia Freeland in Washington, D.C.  The Secretary and the Foreign Minister discussed the importance of supporting NATO commitments, including on burden sharing.  They also discussed their continued concern over the detention of Canadian citizens in China.  They reviewed developments in Venezuela, and the Secretary expressed appreciation for Canada’s ongoing support to Interim President Juan Guaido.  The Secretary and the Minister agreed to continue working together to increase pressure on the Iranian government for its destabilizing actions in the region.  The Secretary also thanked Minister Freeland for Canada’s consistent support to international efforts to maintain pressure on the DPRK.