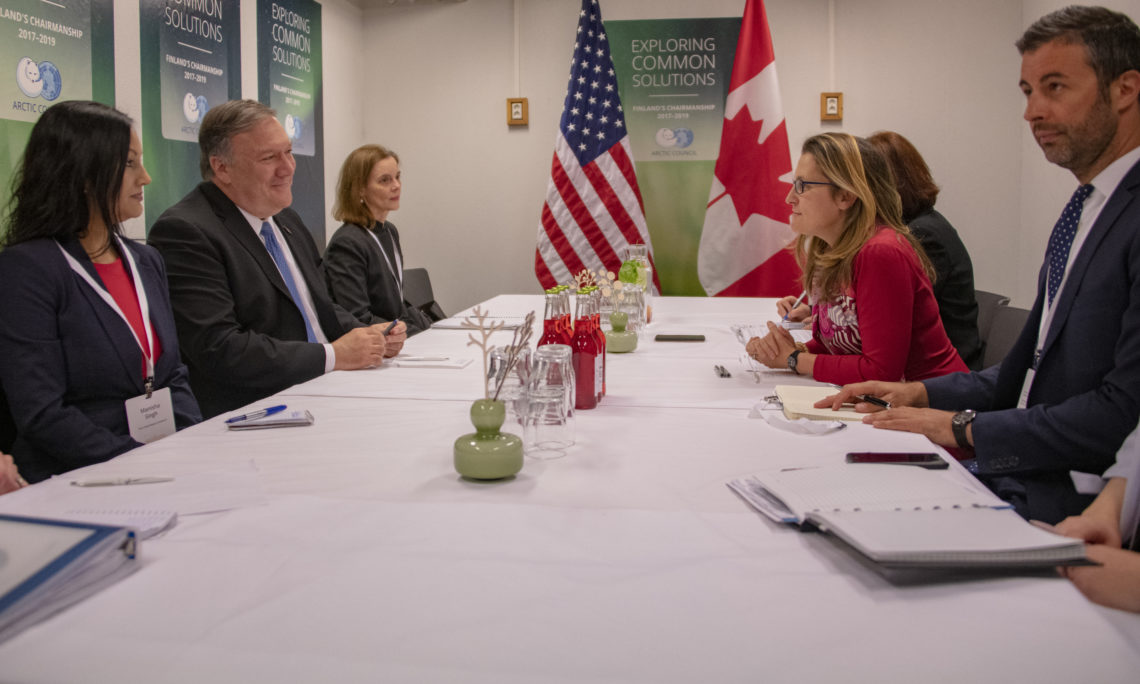 Office of the Spokesperson
Washington, DC
May 7, 2019

Secretary of State Michael R. Pompeo met today with Canadian Foreign Minister Chrystia Freeland in Finland. The Secretary and the Foreign Minister discussed their commitment to strengthening our partnership in the Arctic. The Secretary also expressed appreciation for Canada’s increasing pressure on the former Maduro regime to restore democracy to Venezuela.

The Secretary and the Foreign Minister expressed their continued concern for the ongoing detention of Canadian citizens Michael Kovrig and Michael Spavor in China. They also discussed trade issues and the Cuban regime’s abuses of its own people.