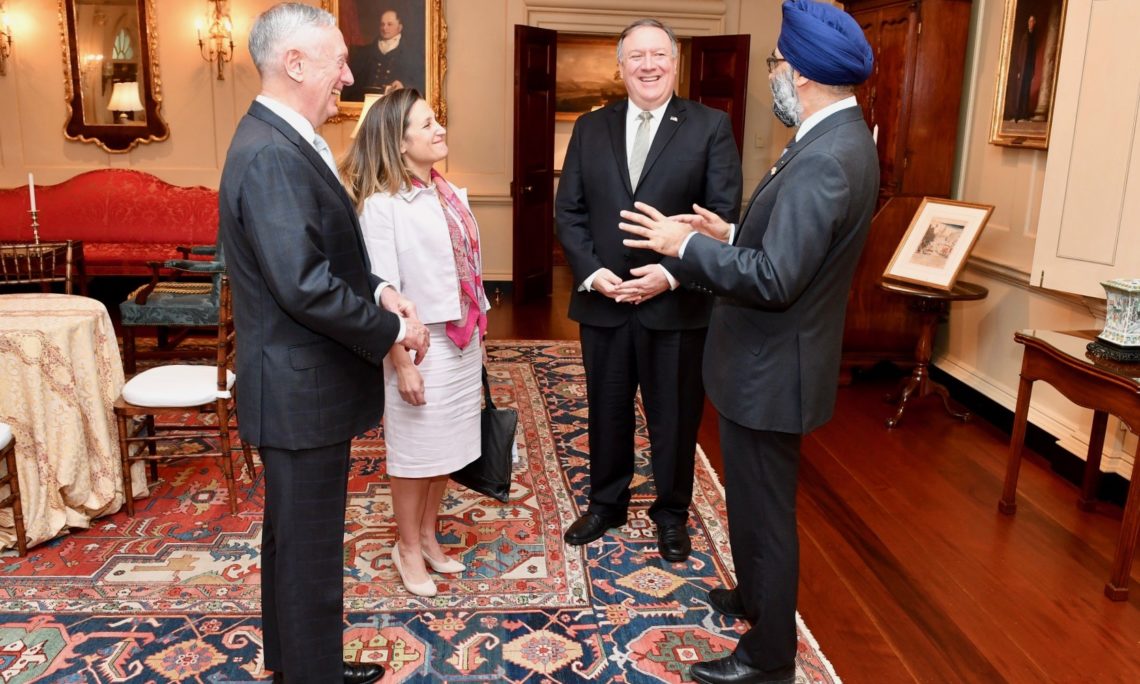 Secretary of State Michael R. Pompeo and Secretary of Defense James Mattis hosted Canadian Minister of Foreign Affairs Chrystia Freeland and Canadian Minister of Defense Harjit Sajjan for policy discussions at the Department of State in Washington, D.C. on December 14. The four reviewed joint security initiatives in the United States, Canada, and throughout the world. They discussed mutual concerns about the detention of Canadian nationals in China. The Secretaries and Ministers also discussed a number of global issues on which the United States and Canada cooperate, including DPRK, Ukraine, NATO, Syria, and Iraq. They also discussed ways to promote our shared economic prosperity and security.