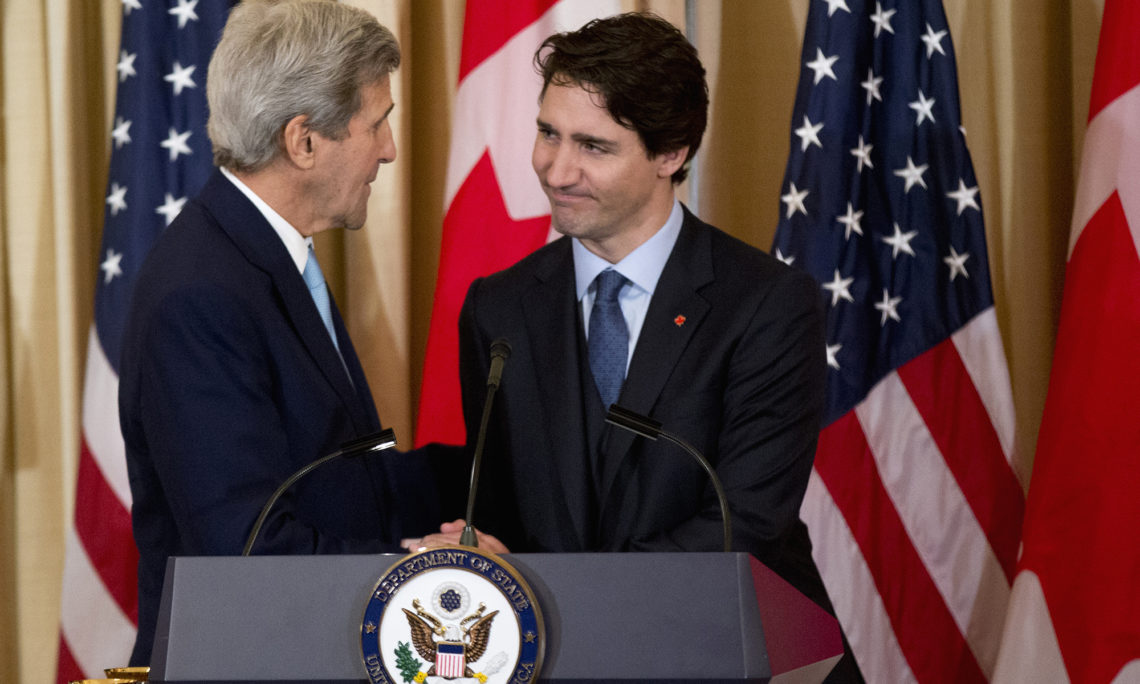 U.S. Secretary of State John Kerry will accompany President Obama on June 29 to Ottawa to meet with Prime Minister Trudeau of Canada and President Peña Nieto of Mexico for the North American Leaders Summit (NALS).

The leaders will discuss their vision for a more integrated North America that provides a prosperous and secure future for the citizens of all three countries, and promotes North American leadership on global and regional challenges. They will also discuss concrete initiatives to promote peace, security, and development; protect our climate and environment; enhance our competitiveness in the global economy; and expand opportunities for our citizens.

Following the trilateral meeting, the Secretary will also join the President for his bilateral meetings and engagements with the government of Canada.