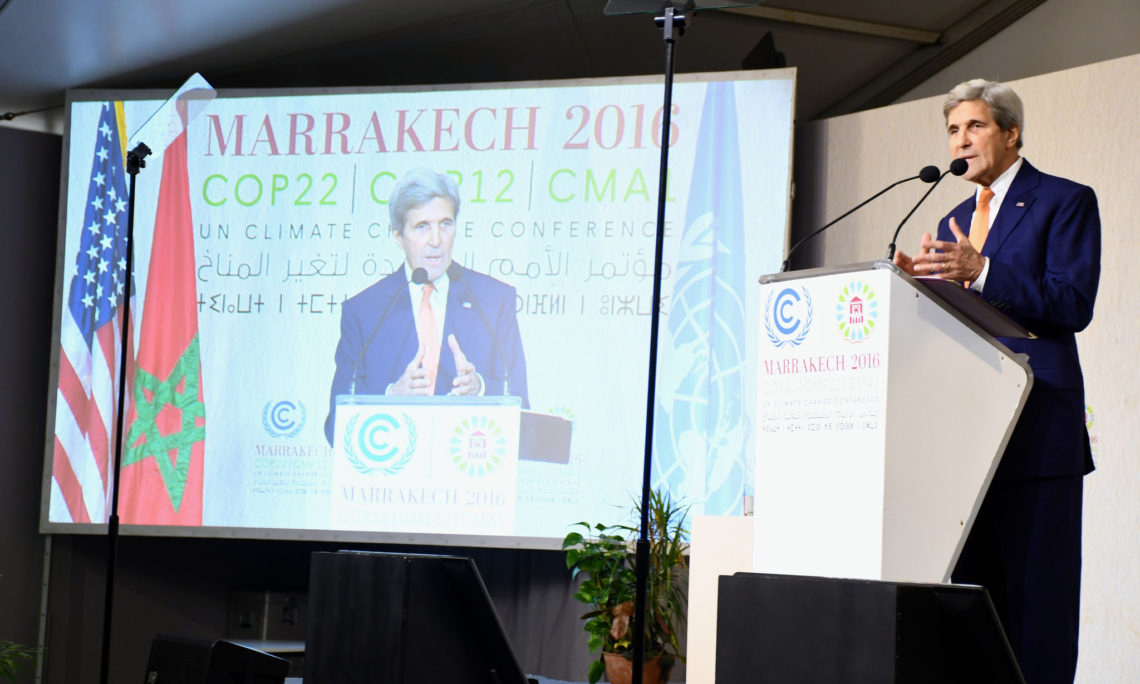 “We don’t get a second chance. The consequences of failure would in most cases be irreversible. And if we lose this moment for action, there’s no speech decades from now that will put these massive ice sheets back together. There’s no magic wand in any capital in the world that you can wave to refill all of the lakes and rivers that will dry up, or make farm – arid farm land fertile again. And we certainly won’t have the power to hold back rising tides as they encroach on our shores. So we have to get this right, and we have to get it right now.”

Read Secretary Kerry’s full remarks from the 22nd Conference of the Parties (COP22) to the United Nations Framework Convention on Climate Change at state.gov!