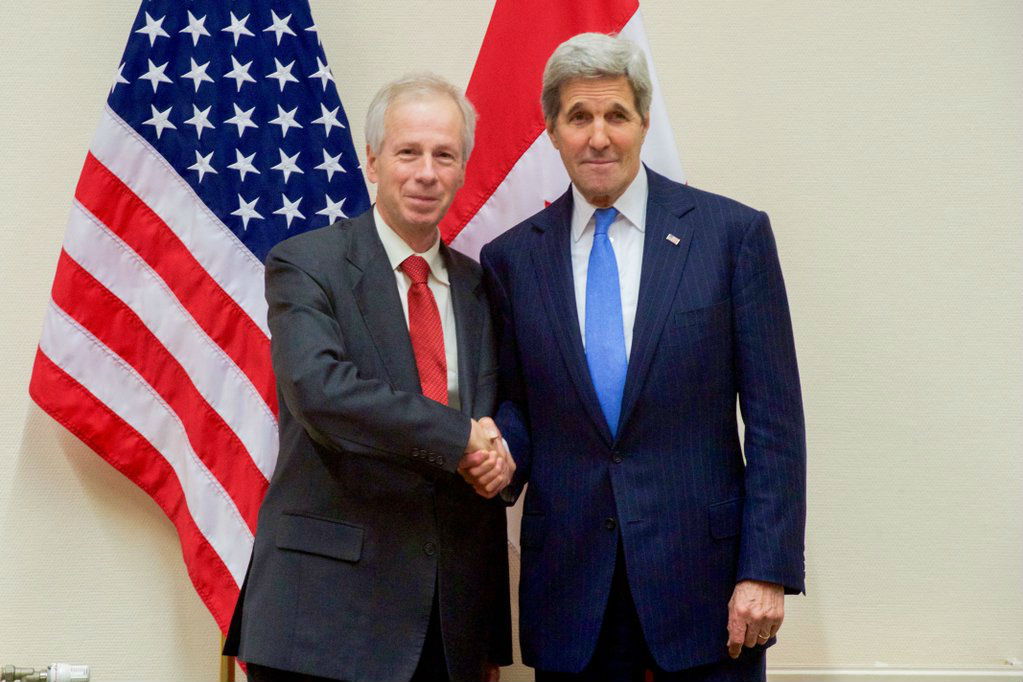 Secretary Kerry met today in Brussels with Canadian Foreign Minister Stephane Dion. The Secretary congratulated Minister Dion and thanked Canada for its continued contributions to the counter-Da’esh coalition. He discussed with Minister Dion ways in which all member nations can increase their efforts.

They agreed to intensify cooperation on climate change initiatives and also discussed the JCPOA implementation process, current events in Ukraine, and the importance of full implementation of the Minsk Agreement.