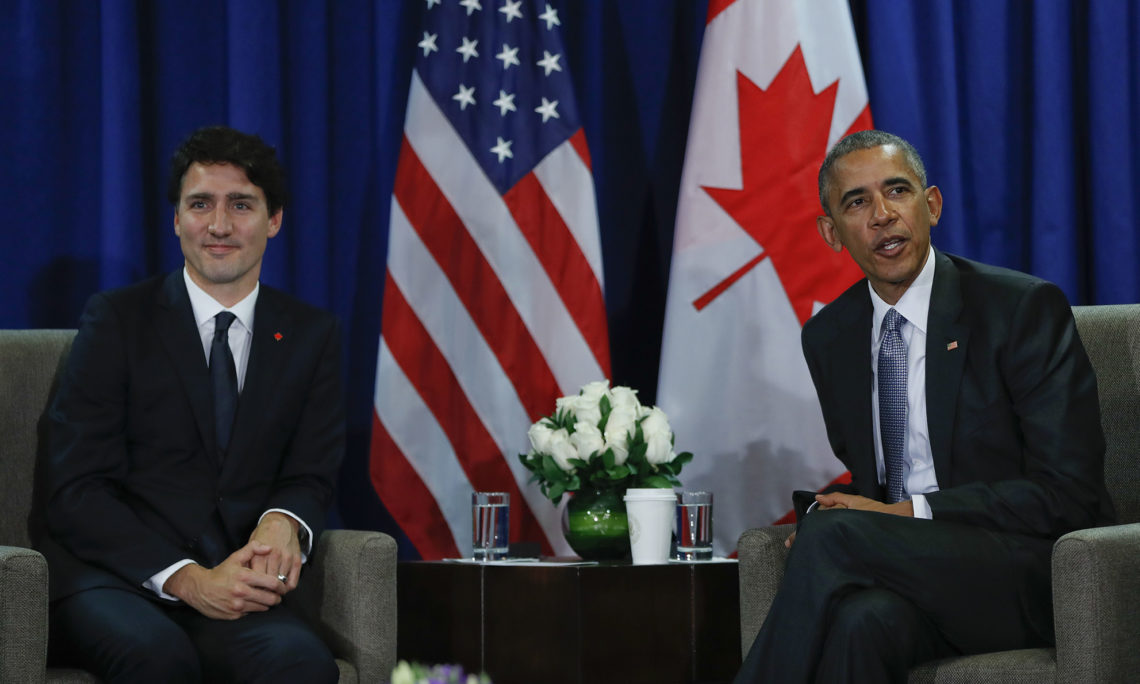 PRESIDENT OBAMA: Well, it’s a great pleasure to be able to spend a little bit of time with my good friend and the Prime Minister of one of our closest allies in the world, Prime Minister Justin Trudeau, and his team.

The friendship, the bonds, the links between Canada and the United States are obviously unparalleled. And it has been an extraordinary pleasure of mine over the last year and a half or so to be able to work directly with Justin on a whole host of issues.

First and foremost, we have enormous commercial relations. And our teams have been able to advance and build on a whole range of progress around how we both manage our borders but facilitate trade flows and tourism, and all the things that are the lifeblood of the relationship between our two countries. We’re going to try to get as much of that work completed in the last two months of my presidency.

Canada has been an outstanding partner in the fight against terrorism — not just in terms of intelligence-gathering and information-sharing, but also the incredibly important investments that they’ve made in the success of the counter-ISIL campaign and that they continue to make.

Justin’s personal voice on issues of refugees and the humanitarian concerns that we share has been a really important component of the success of things like our leadership summit on refugees at the U.N.

And on climate, we represent two of the largest oil producers and natural gas producers in the world, and those are vital industries to us. And we continue to appreciate the contributions they make to our economy and to job creation. On the other hand, we also recognize that we have a huge stake in dealing with climate change for future generations. And our ability to collaborate was an important component in us being able to achieve the Paris agreement and now be able to follow through on some of those commitments.

So I have to say that there are few leaders around the world who I think combine vision and talent and values the way that Justin does. And I am very much looking forward to his continued leadership in the years to come. And I look forward to visiting Canada often as a private citizen, and may stop in and check in with his beautiful family when I get the opportunity.

But the one thing I think that we emphasized is that through conservative governments, liberal governments, Democratic or Republican governments, the relationship between the United States and Canada is one of the most important constants in the world, and I have no doubt that that will continue.

So thank you, Justin.

It’s always such a tremendous pleasure to sit down with Barack to talk about not just the deep connections — economic, people-to-people, cultural, security ties — between Canada and the United States, but also the vision we share for engaging the world in positive ways and promoting both opportunity and stability around the world.

We discussed, as we always do, a broad range of issues, including a number of issues — specific issues important to Canadians and Americans. And whether it was softwood lumber or the pre-clearance agreement on our borders, there is continued work being done on making sure that we’re doing right by our citizens.

Obviously, I am going to miss having Barack around to work the Canada-U.S. relationship with — we share a tremendous amount of values and outlook on the future. But I know at the same time, as we’ve both said many times, the relationship between Canada and the United States is extraordinarily deep and important. And I look forward to welcoming the President-elect up to Canada hopefully soon after the inauguration. I’ve certainly invited him to come up.

But as for Barack, I know that he is going to continue to be a valuable and important voice on the world stage as a private citizen and as someone who will continue to fight for his values and his belief in how we can work together for a better world. But I also know that he is looking forward to taking some time with his beautiful family, Michelle and the two girls, and I wish them all the very best in the coming years.