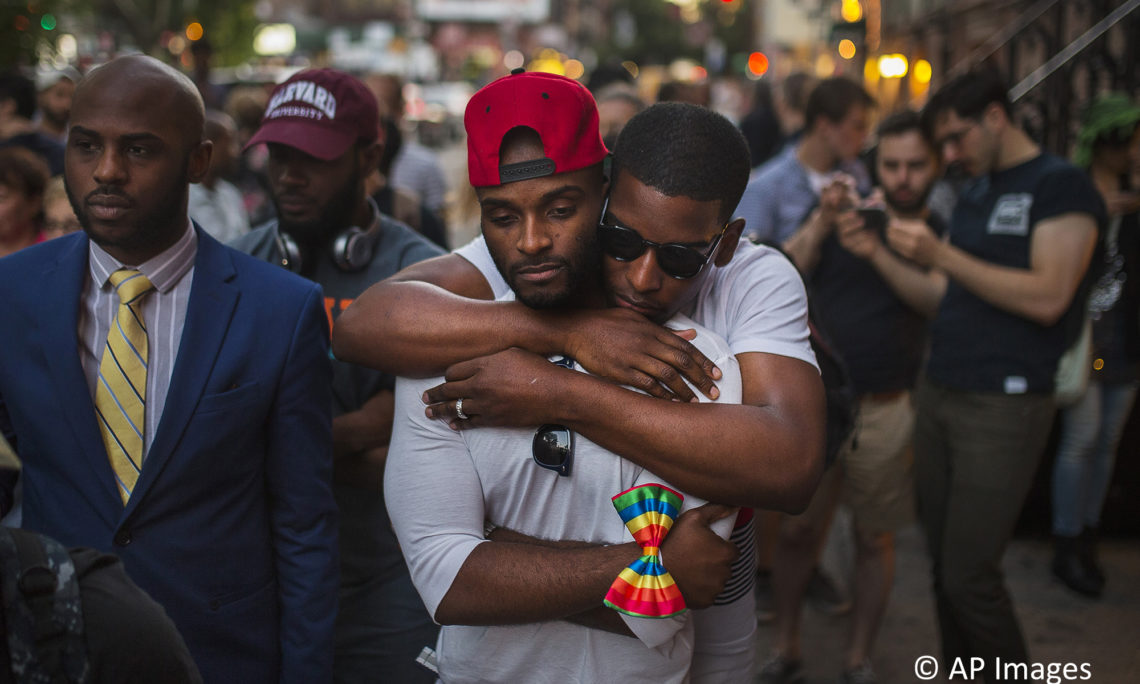 A couple embraces as people gather in front of a makeshift memorial in New York to remember the victims of a mass shooting in Orlando, Fla., Sunday, June 12, 2016. A gunman opened fire inside a crowded gay nightclub early Sunday before dying in a gunfight with SWAT officers. (AP Photo/Andres Kudack

This is a sobering reminder that attacks on any American — regardless of race, ethnicity, religion or sexual orientation — is an attack on all of us and on the fundamental values of equality and dignity that define us as a country. And no act of hate or terror will ever change who we are or the values that make us Americans.

Read President Obama’s full remarks on the mass shooting in Orlando at whitehouse.gov.

Read the Presidential Proclamation honoring the victims of the attack at whitehouse.gov.