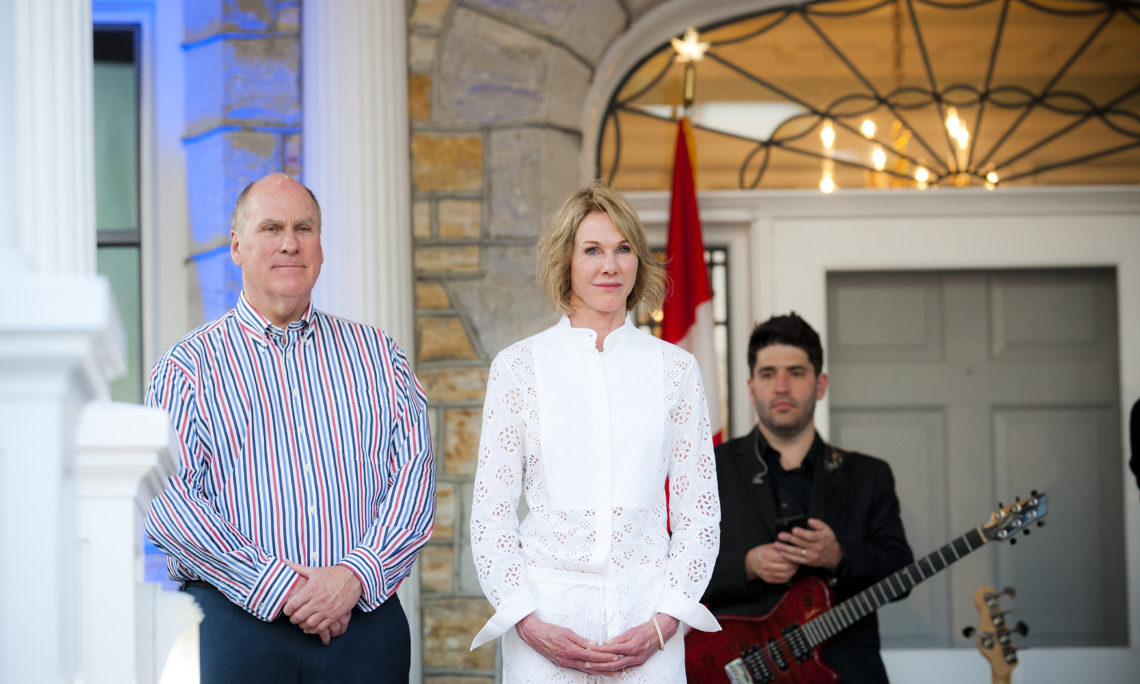 Welcome to Lornado, to our first Fourth of July celebration!

On behalf of Joe and myself and our family visiting from Colorado and Indiana and all of the hardworking crew here at the U.S. Embassy Ottawa, we are delighted that you have joined us to celebrate America’s birthday.

You know, tonight, we are celebrating something extraordinary that happened exactly 242 years ago.  It’s the story of a young family, down in Virginia, that had some incredible ideas.

Everyone can probably recite the famous words – “we hold these truths to be self-evident ..”  But I kind of like to reference this other quote from Jefferson.  He said:

“I have never considered a difference of opinion in politics, in religion, in philosophy, as cause for withdrawing from a friend.”

By your presence here with us tonight, I would assert that we all agree with Jefferson on that fundamental point of friendship. And what better friends through the years, than Canada and the United States.

Just as Thomas Jefferson and John Adams were lifelong rivals that in the end became a duo defined by mutual respect and friendship ….

Just as Thomas Jefferson and Alexander Hamilton never agreed to much, except in the end put the interests of the new nation ahead of their own differences ….

So too, Canada and the United States have an enduring partnership that I am confident will stand the test of time—— and these testing times.  I’ll let you in on a little secret; this is one test that gets a lot easier with a sip of good ol’ Kentucky Bourbon.

So let’s raise a glass—- to what is genuinely a great friendship.