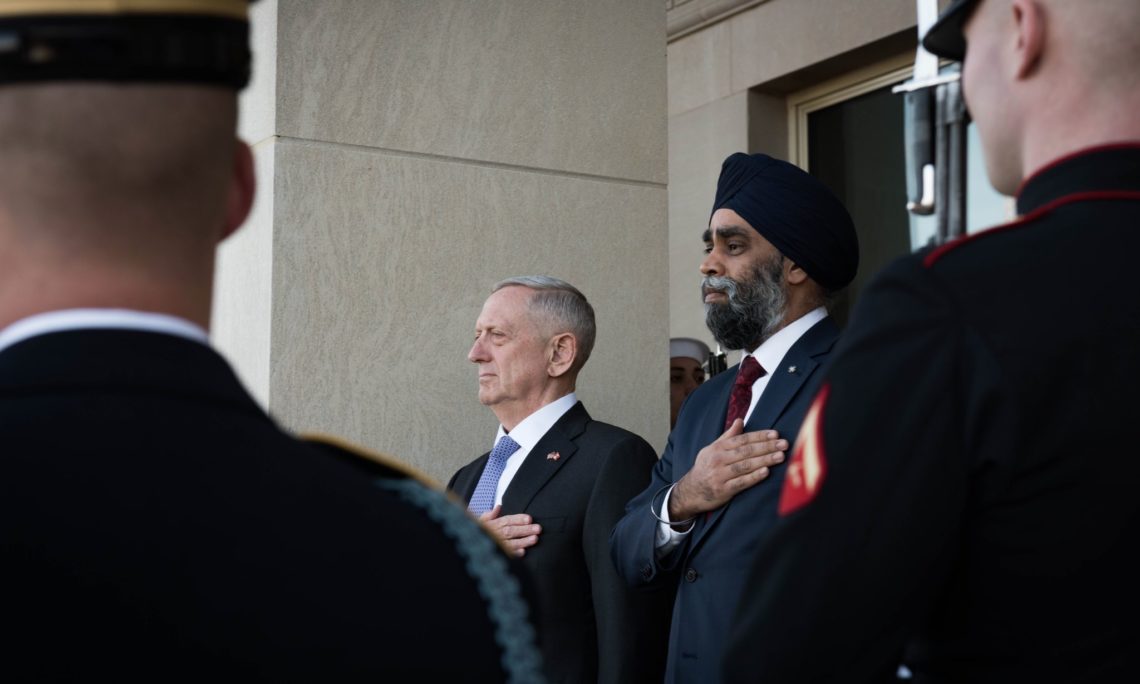 Secretary of Defense Jim Mattis hosted the Canadian Minister of National Defence Harjit Sajjan at the Pentagon today, his first time hosting a defense counterpart as secretary of defense.

The secretary and minister discussed international priorities and operations, as well as the upcoming NATO Defense Ministerial. The secretary and minister discussed U.S. and Canadian leadership as Framework Nations for Enhanced Forward Presence, members of the international counter-ISIL coalition, and support for United Nations peacekeeping. Secretary Mattis thanked Canada for its commitments to NATO and the counter-ISIL campaign, and agreed to continued discussions with Canada and other coalition members on the progress of the U.S. counter-ISIL strategy review.

The secretary and minister also discussed the importance of defense investments and modernization to ensure continued cooperation.
‎
The secretary commended the minister for his consistent leadership, noting the need for both the U.S. and Canada to continue to represent our shared values and advance security, prosperity, and freedom. The two leaders noted the long relationship between the U.S. military and Canadian armed forces and stated they looked forward to deepening the U.S.-Canada relationship and continuing to work closely together.