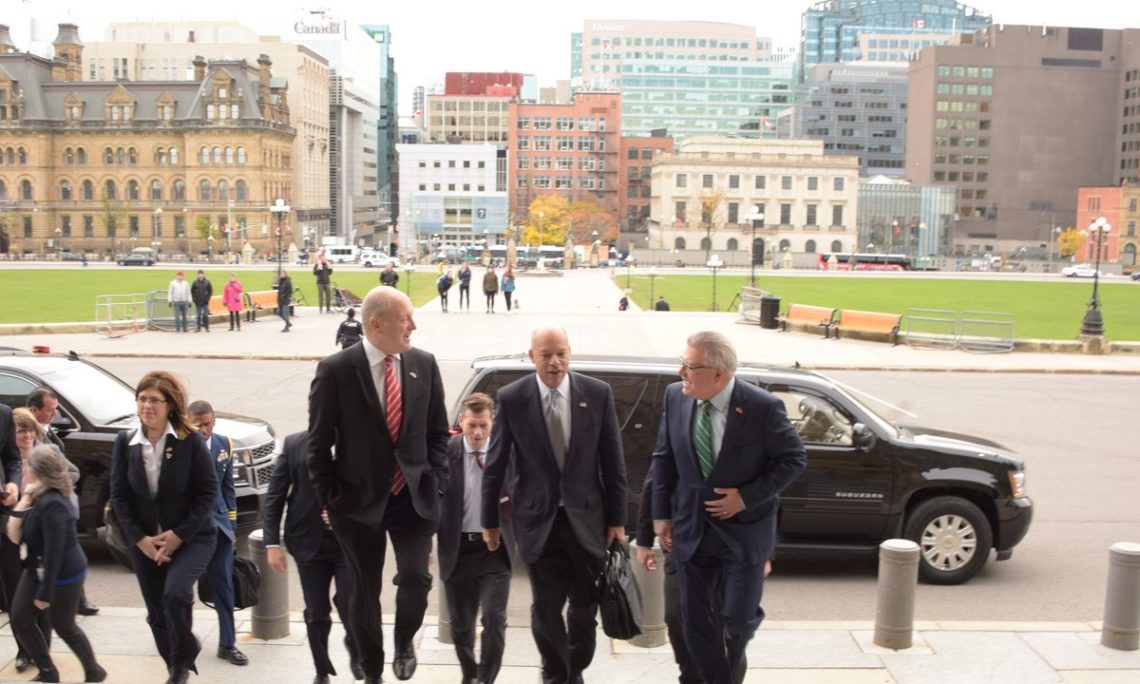 Today, Secretary of Homeland Security Jeh Johnson traveled to Canada, where he participated in bilateral meetings with key counterparts. Discussions focused on continued cooperation on priority issues for both governments, including efforts to enhance perimeter security and economic competitiveness.

Secretary Johnson was honored to be the first U.S. Cabinet Secretary to be invited to a Canadian Cabinet Committee meeting.

The bilateral meetings featured issues that advance President Obama’s Beyond the Border vision, which has deepened and institutionalized U.S. – Canada cooperation to enhance continental security while facilitating trade and travel. These discussions included the implementation of the 2015 Land/Rail/Marine/Air preclearance agreement, screening of visitors to the continent, information sharing, refugee resettlement, and transshipped counterfeit or copyright-infringing good.