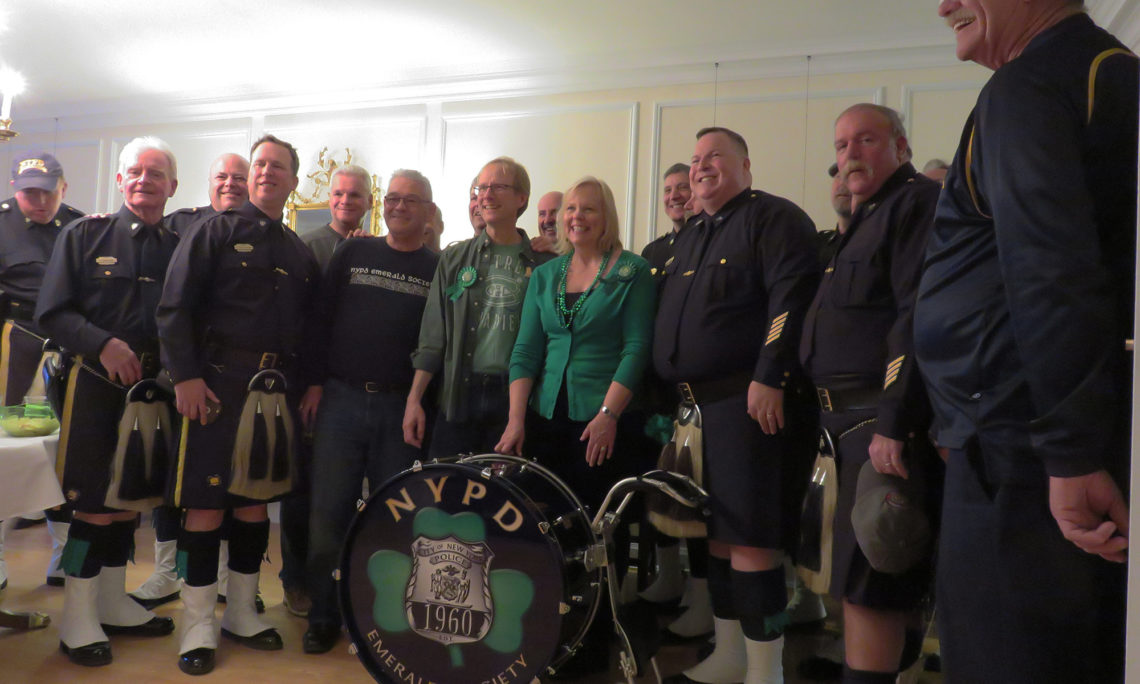 Quebec Consul General and Mrs. VanKoughnett welcomed the police pipe and drum bands from Toronto, Chicago, and New York, as well as local guests from the Irish community in Quebec, to a reception at their residence following Quebec City’s St. Patrick’s Day parade.

This year marked the seventh year of the world’s largest francophone St. Patrick’s Day parade since the tradition was revived in 2010. The first parade in Quebec City was held in 1837.