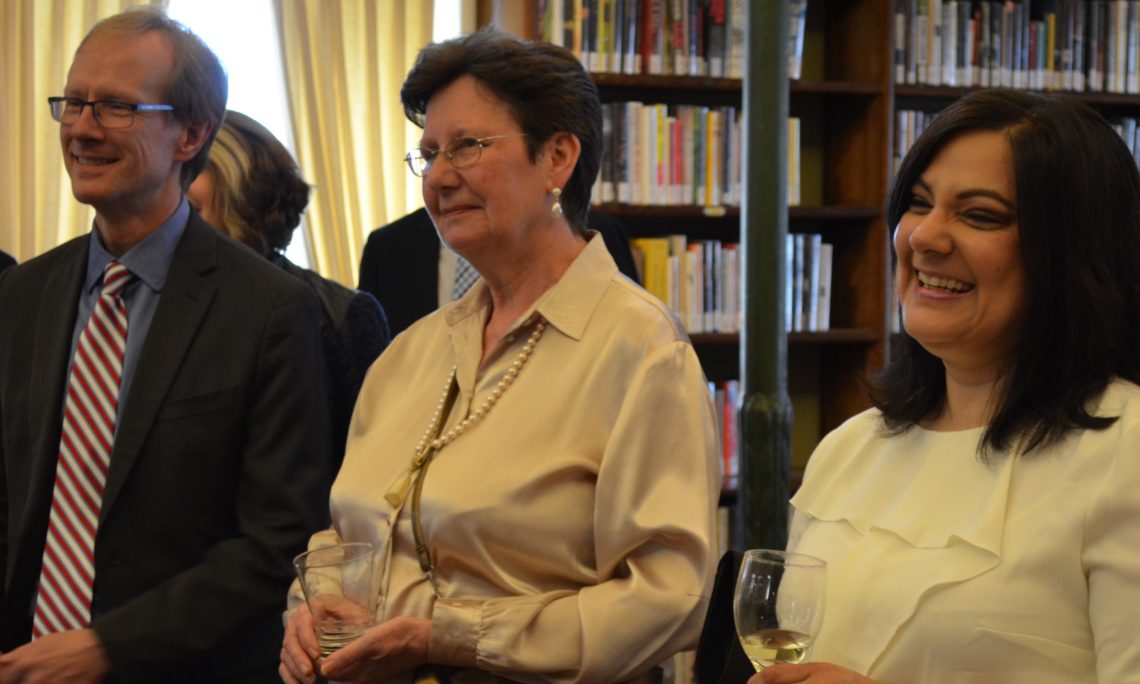 Consul General Hale VanKoughnett at a farewell reception at the Literary and Historical Society of Quebec in honor of departing LHSQ President Sovita Chander. (Credit US Consulate Quebec)

Consul General Hale VanKoughnett delivered remarks at a farewell reception at the Literary and Historical Society of Quebec in honor of departing LHSQ President Sovita Chander. The event was held at the historic Morrin Centre in Quebec City. Chander joined the LHSQ’s board of directors in 2007, was named Vice-President in 2010, and President in 2012. In 2014, she was awarded the “Prix Hommage” from the Quebec Chamber of Commerce. During her time at the LHSQ, she focused on diverse cultural programs in English and French that brought together the linguistic communities of Quebec. Programs included heritage, education, and the arts and attracted Anglophones, Francophones, and Allophones, thus valuing bilingualism and multiculturalism in Quebec City.