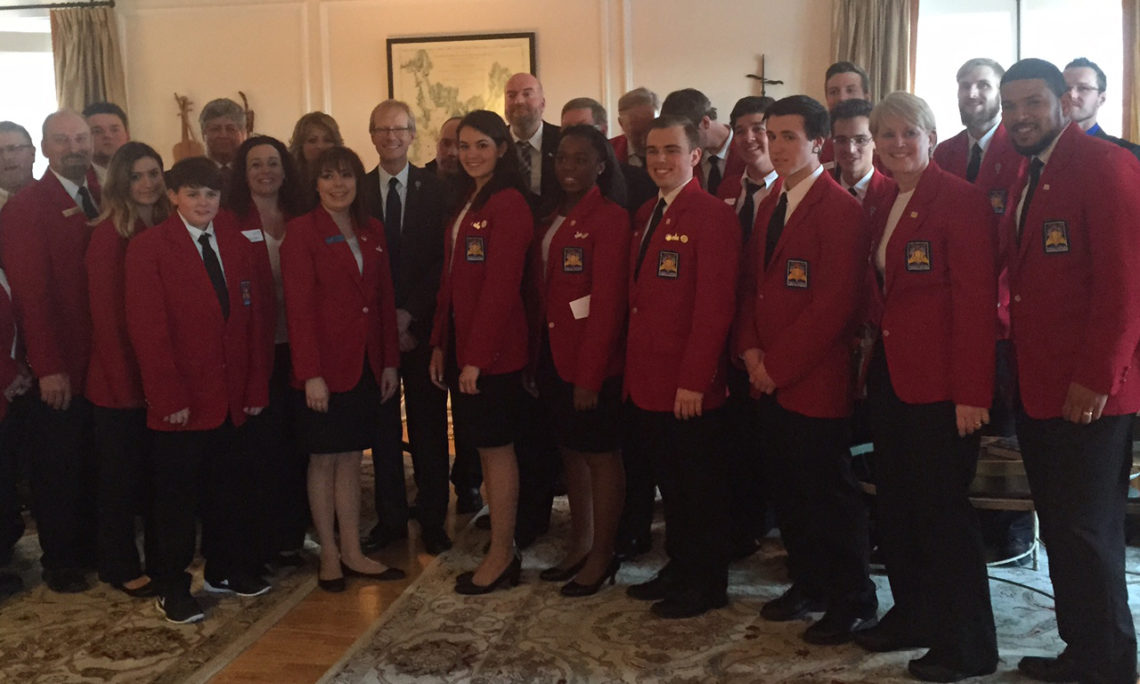 Organized by Compétences Québec, the XIVth Quebec Skills and Technologies competition was held at Quebec’s Exhibition Center, May 5-7. For the first time, American teams were invited. Quebec City hosted participants from northeastern U.S. states including Connecticut, Massachusetts, Maine, New York, and Rhode Island. Competitions included a wide variety of skill areas such as welding, computer-aided design, pastry-making, hair styling, and auto mechanics. In conjunction with Compétences Québec, Consul General Hale VanKoughnett offered a reception at his residence where he welcomed organizers and participants from the competition.