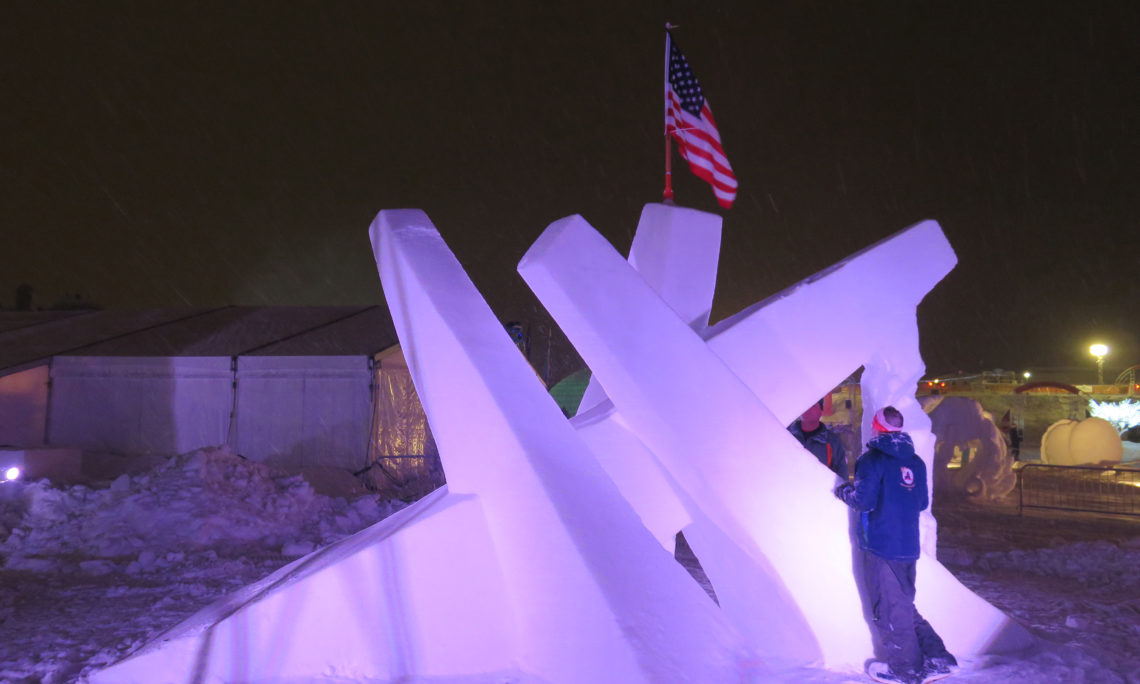 The snow sculpture competitions, one of the main highlights of the Quebec’s Winter Carnival, brought together over 50 teams from different countries and provinces across Canada. A large part of the Plains of Abraham was turned into a workshop and an exhibit area displaying colossal pure white masterpieces.

Consul General Hale VanKoughnett met with the U.S team from New York, headed by Doug Schatz of the State University of New York-Potsdam. The team’s piece this year is called “X Marks the Spot.” Last year, the New York team took third place in the competition for their work entitled “The Charlevoix Meteor.”