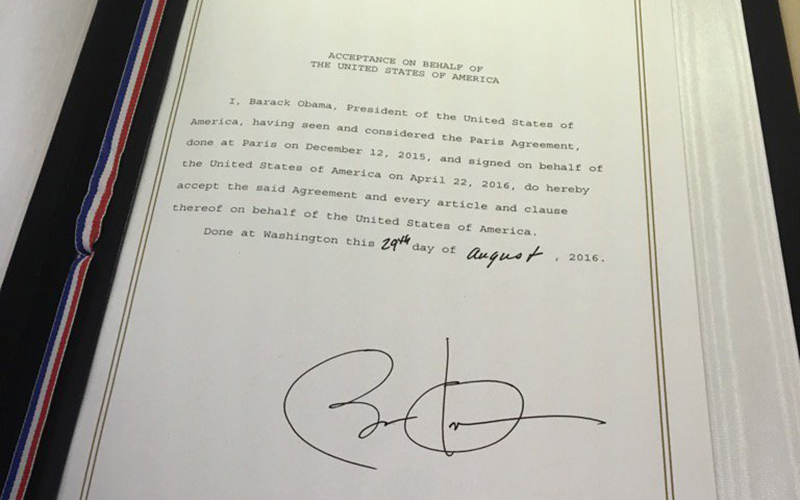 Today, the world meets the moment. And if we follow through on the commitments that this agreement embodies, history may well judge it as a turning point for our planet.