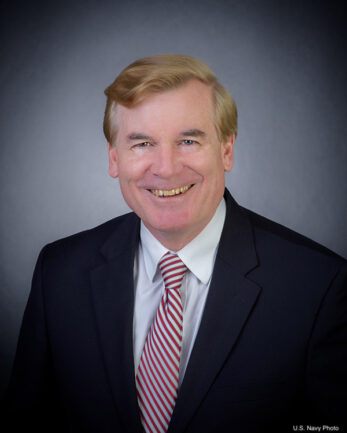 He has led U.S. Consulate General Vancouver since August 2020.

Prior to his arrival in Vancouver, he served as the Senior State Department Faculty Advisor at the U.S. Naval War College in Newport, Rhode Island. From 2017 to 2018 he served as Chargé d’Affaires, a.i. at the U.S. Embassy in Paris, France. From 2014-17, he served as Foreign Policy Advisor (POLAD) to the Commander of U.S. Central Command and U.S. Special Operations Command. He was Ambassador to the Cooperative Republic of Guyana and U.S. Representative to the Caribbean Community (CARICOM) from 2011-14.

Ambassador Hardt joined the U.S. Foreign Service in 1988, serving in Berlin, The Hague, and the Caribbean. In the Netherlands, he participated as an exchange diplomat within the Dutch Ministries of Foreign Affairs and Defense. In Washington, he served as Team Leader for NATO Policy in the State Department’s Office of European Political and Security Affairs, responsible for issues of NATO enlargement, NATO-Russia, NATO-Ukraine and European Security and Defense Policy.

Ambassador Hardt has received various Department of State awards, including Senior Performance Awards, the Director General’s Award for Reporting, five Superior Honor Awards, and three Meritorious Honor Awards. He also received the Chairman of the Joint Chiefs of Staff Joint Meritorious Civilian Service Award and the U.S. Special Operations Command Distinguished Civilian Service Award. He earned a Bachelor’s degree in History from Yale University, and Master’s and Doctorate degrees from the Fletcher School of Law and Diplomacy at Tufts University. He has published numerous articles on U.S. foreign policy, and speaks Italian, Dutch, German and French. Consul General Hardt is married, and he and his wife, Saskia, have three sons.