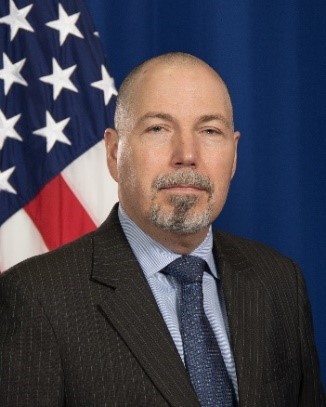 Greg Stanford assumed his duties as Consul General of the U.S. Consulate General in Toronto in August 2018.  A career member of the Senior Foreign Service with the personal rank of Minister-Counselor, he has been a diplomat since 1988.

Greg has had the privilege to hold a number of challenging positions largely in the management and resource spheres both in Washington and overseas.  Most recently, Greg was Chief of Staff to the Under Secretary of State for Management, a Deputy Assistant Secretary-equivalent position.

Greg is the recipient of the Department of State’s 2003 General Services Officer (GSO) of the Year Award and 2012 Equal Employment Opportunity Award.  He has also received Senior Performance Pay, Superior and Meritorious Honor Awards.

Greg speaks French and is a proud native of Michigan.  He is married to Françoise Stanford; they have two children.