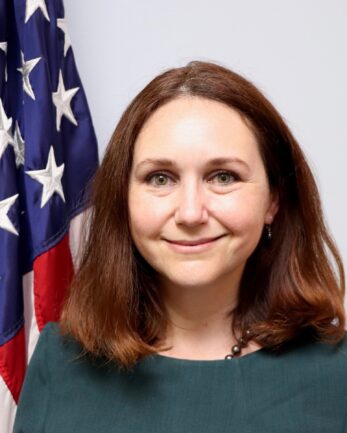 A native of Southern California, Lyra is a graduate of Stanford University where she earned a B.A. in Medieval Studies and an M.A. in German Studies.  She will be joined in Halifax by her husband, their two sons, and their adopted cat and dog from Albania.