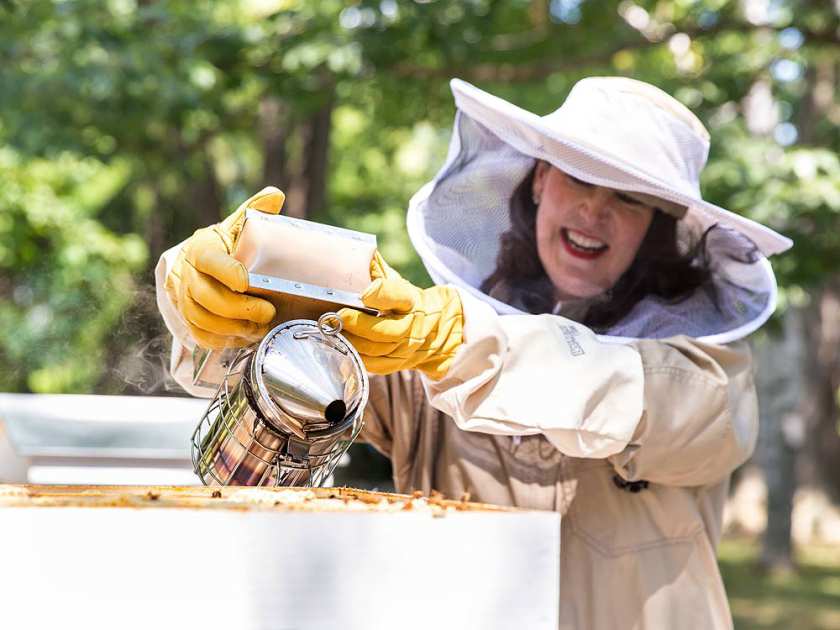 It’s the hottest part of the afternoon on one of the hottest days of the summer, well over 40 C with the humidity. Vicki Heyman has a miserable head cold that she picked up during two weeks of appointment-packed travel in the North with her husband, U.S. Ambassador Bruce Heyman. She must be wilting, but she excitedly pulls a heavy, hot jumpsuit over her clothes, complete with gauntlet-like leather gloves and full headgear.

We call them the Ghostbuster suits,” she says, referring to the three new beekeeper suits she has had custom-made for the embassy residence.

While the stately Rockcliffe home has long been a hive of political activity, it has never before had this much buzz: Heyman recently made it home to nearly 100,000 honeybees.

Read the full article on the Ottawa Citizen website.