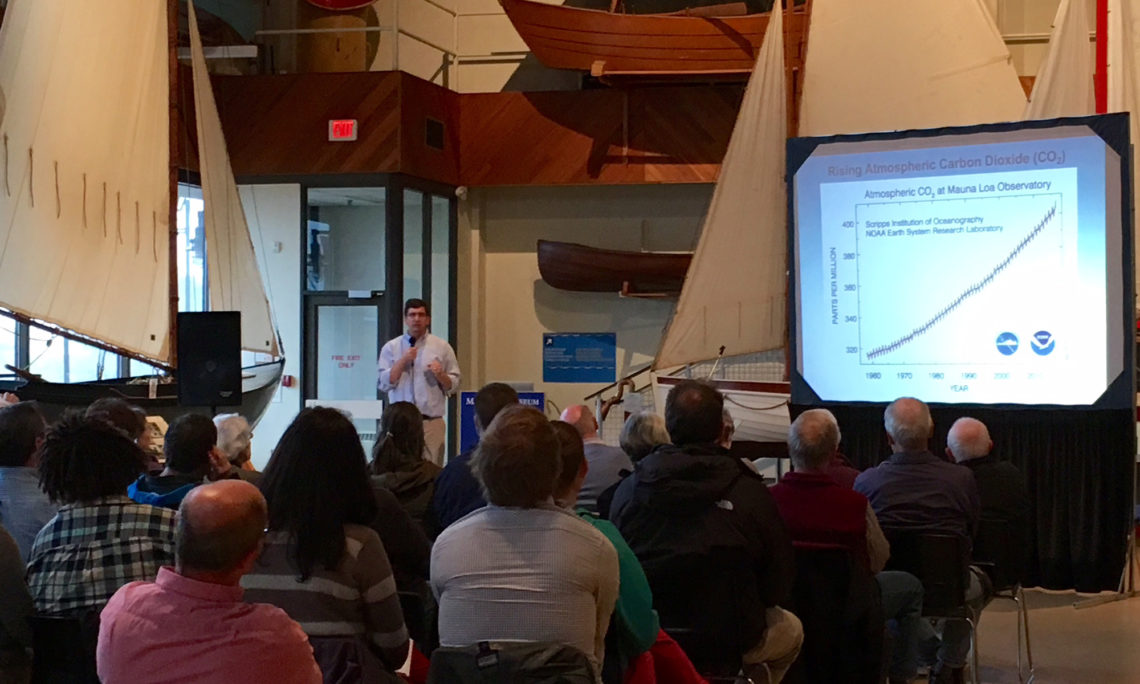 Dr. Scott Doney at the Maritime Museum of the Atlantic. (Credit US Consulate Halifax)

As part of Oceans Week in Halifax, Dr. Scott Doney of Woods Hole Oceanographic Institution, spent 2.5 days in the city discussing climate change and its affects on the oceans. As Halifax is a hub of ocean-related research, Dr. Doney spent time with academics from local universities, think tanks, NGOs, and government officials discussing current research into climate change and ocean acidification. A public event at the Maritime Museum of the Atlantic was well-attended by a very engaged audience. He also spent an enjoyable hour with a keen chemistry class at a local high school and conducted media interviews with CTV Atlantic and the Weather Network.