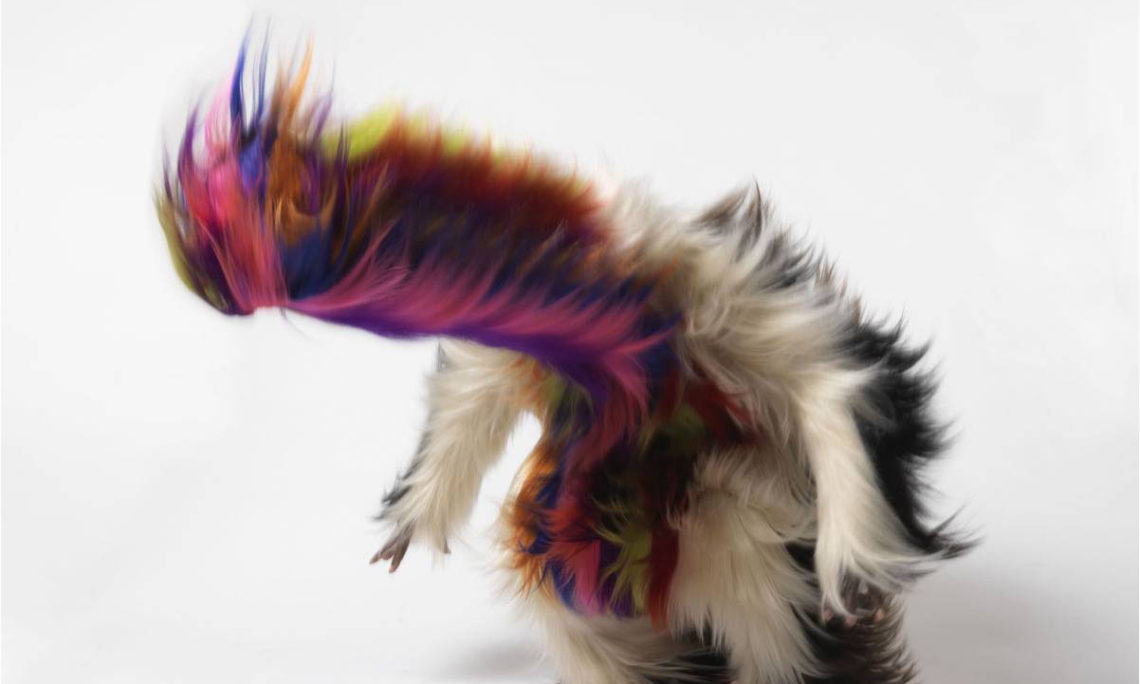 One of Nick Cave's Soundsuits.

U.S. Embassy Ottawa and the U.S. Department of State’s Office of Art in Embassies, in partnership with the National Gallery of Canada (NGC), will welcome renowned American artist Nick Cave to Ottawa on May 28 for the second lecture in the Contemporary Conversations series.

Contemporary Conversations (#artconvoAIE) features four internationally recognized American artists who will visit Canada over the course of 2015 to speak about their work. Each artist in the series will participate in a public lecture at NGC, stimulating conversation around issues that transcend borders, and topics that inspire, teach, and create connections. As a foundation for the lecture series at the NGC, the participating artist’s work is displayed in a curated exhibition at Lornado, the official residence of U.S. Ambassador to Canada Bruce Heyman and Vicki Heyman, who helped to spearhead the series. Nick Cave’s work Soundsuit (2008) is part of that exhibit.

“For the program, I chose a series of living, contemporary American artists whose art was both visually exciting and also provided a platform for conversation,” said Vicki Heyman. “I think Nick Cave exemplifies those qualities. His exploration of identity, through the lens of race and sexual identity, compounded by the ethereal, whimsical quality of his incredible Soundsuits, just fit perfectly into the overall collection.”

Nick Cave is both an artist and an action agent, creating colorful Soundsuit sculptures out of discarded materials and then staging popup dance shows in his Soundsuits in order to teach, inspire, and invigorate communities. During the summer of 2015, in partnership with the Cranbrook Art Museum, Cave will spearhead a wide-ranging exhibition in Detroit that will consist of public performances and events throughout the city. The Detroit project expands upon Cave’s 2013 performance in New York City’s Grand Central Station, in which Cave and a group of Alvin Ailey trained dancers surprised thousands of train travelers with a popup show, twirling to drumbeats dressed in life sized, vibrant horse Soundsuits.

“Nick Cave is a leading American artist whose bold installations, sculptures and “soundsuits” cross the thresholds of performance, fashion, ritual and art,” said National Gallery of Canada Director and CEO, Marc Mayer. “The National Gallery of Canada is very pleased to collaborate with our friends at the U.S. Embassy to welcome this widely celebrated artist, performer and educator to Ottawa for what is sure to be a an engaging evening.”

The event will take place on Thursday, May 28, 2015, at 6 p.m. at the National Gallery of Canada with a lecture by artist Nick Cave in conversation with the Gallery’s Associate Curator of Contemporary Art, Jonathan Shaughnessy. The event is free and open to the public. As space is limited, the public is asked to RSVP to rsvp@gallery.ca or 613-991-6516.

The Contemporary Conversations series features four American artists whose work is on exhibition at Lornado under the auspices of the Art in Embassies program. Marie Watt, the first artist in the series, launched the Conversations in Ottawa at the National Gallery of Canada on February 26, 2015. Future events will feature U.S. artists Eric Fischl on September 10, 2015 and Stephen Wilkes on November 19, 2015. Additional artists represented in the Art in Embassies exhibition at Lornado include Edward Burtynsky, Chuck Close, Theaster Gates, Alex Katz, and Hung Liu. More information about the series can be found at www.gallery.ca/conversations/en.

Nick Cave is an artist, educator, and foremost a messenger, working between the visual and performing arts through a wide range of mediums, including sculpture, installation, video, sound, and performance. He is well-known for his Soundsuits, sculptural forms based on the scale of his body. Soundsuits camouflage the body, masking and creating a second skin that conceals race, gender, and class, forcing the viewer to look without judgment.

Cave was born in 1959 in Fulton, Missouri. He earned a Bachelor of Fine Arts degree in 1982 from Kansas City Art Institute, Missouri. He completed graduate studies from 1984 to 1986 at North Texas State University, Denton, and earned a Master of Fine Arts degree in 1989 from Cranbrook Academy of Art, Bloomfield Hills, Michigan. Cave lives and works in Chicago, where he is a professor and chairman of the fashion department at the School of the Art Institute of Chicago.

About the National Gallery of Canada

The National Gallery of Canada (NGC) is home to the most important collections of historical and contemporary Canadian art. The NGC also maintains Canada’s premier collection of European Art from the 14th to the 21st century, as well as important works of American, Asian and Indigenous Art and renowned international collections of prints, drawings and photographs. Created in 1880, the National Gallery of Canada has played a key role in Canadian culture for well over a century. Among its principal missions is to increase access to excellent works of art for all Canadians. For more information, visit gallery.ca.

About Art in Embassies

Art in Embassies was established by the Museum of Modern Art in 1953, and formalized as part of the Department of State by the Kennedy Administration in 1963. It is one of the United States’ premier public-private partnership arts organizations, with over 20,000 individual and institutional participants, and a presence in some 200 venues in 189 countries worldwide. AIE furthers U.S. diplomacy through the power of the visual arts by expansive, international cultural exchange initiatives.