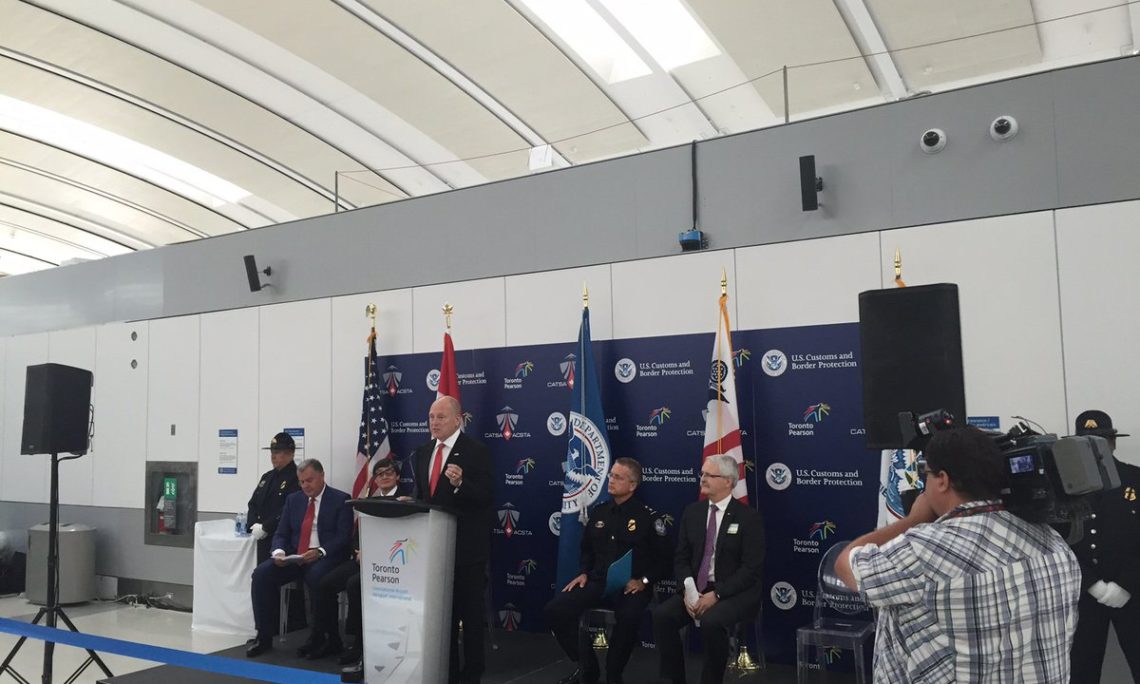 The newly remodeled Nexus Enrollment Center will reopen on December 20, 2016 at the Toronto Pearson International Airport. The enrollment center at Terminal 1 has been undergoing construction to expand and double the size of the center which will enable officials to process applications and hold interviews with NEXUS Card applicants more efficiently. The location for the newly remodeled Nexus Enrollment Center is: Toronto Pearson International Airport, Terminal 1, Departures Level, Stanchion 8.

U.S. citizens, U.S. lawful permanent residents, Canadian citizens and Canadian lawful permanent residents are eligible for NEXUS membership.  If you are under the age of 18, you must have your parent or legal guardian’s consent to participate in the program. The bi-national NEXUS program allows pre-screened travelers expedited processing when entering the United States and Canada. Program members use dedicated processing lanes at designated northern border ports of entry, NEXUS kiosks when entering Canada by air and Global Entry kiosks when entering the United States via Canadian Preclearance airports. NEXUS members also receive expedited processing at marine reporting locations. Further information on NEXUS program is available at: cbp.gov. The on-line application for the NEXUS program can be found at: https://goes-app.cbp.dhs.gov/.