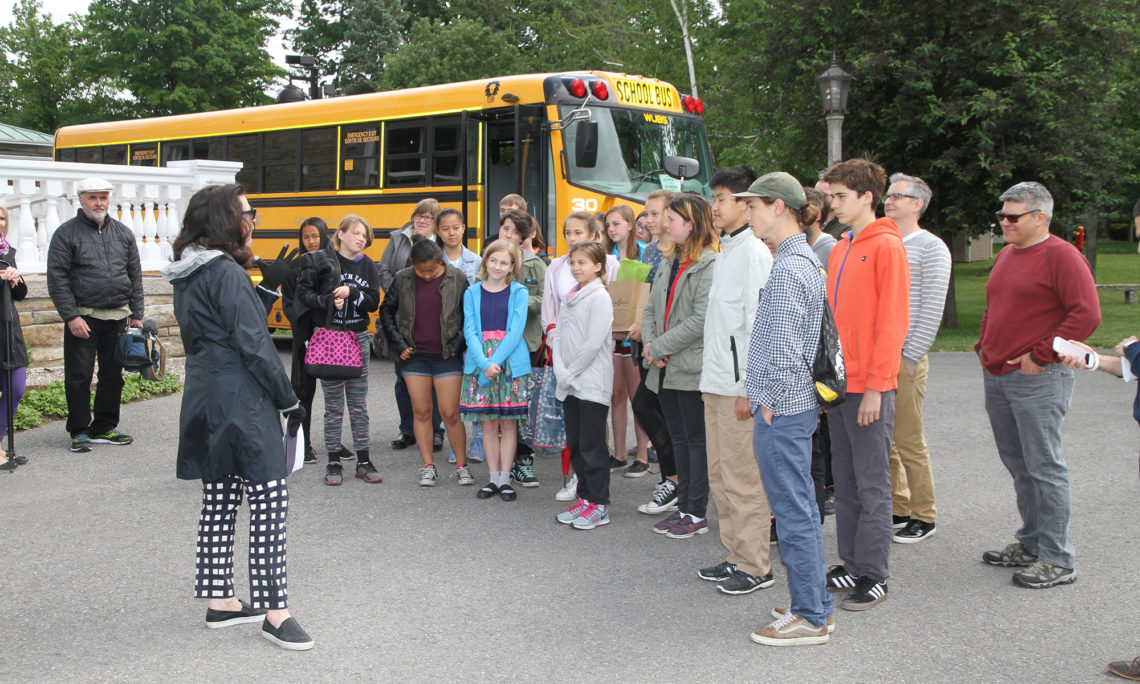 U.S. Ambassador to Canada Bruce Heyman and Mrs. Vicki Heyman were delighted to welcome a group of students from Ottawa’s Fisher Park  Public School to Lornado on June 8. As members of Fisher Park’s Eco Club and Community Helpers group, the students were invited to join Mrs. Heyman on a tour of new and ongoing greening initiatives at the Residence.

The students were among the first to tour Lornado’s soon-to-be-installed apiary, an initiative in conjunction with the Obama Administration’s effort to support bees and other pollinators. The apiary will also contribute to the U.S. Department of State’s commitment, made in the National Pollinator Strategy, to increase pollinator-friendly habitat at overseas diplomatic posts and highlight the importance of supporting pollinators worldwide. The students were eager to learn about the project and the practice of beekeeping in general from beekeeper Ted Norris, who brought real honeycomb for the students to sample.

After their hard work, the students joined Ambassador and Mrs. Heyman for a healthy snack on the front porch, where they talked to Lornado’s chef about cooking with sustainably grown ingredients and exchanged ideas about greening initiatives going on at their school.

The entire Lornado property was officially recognized as a wildlife habitat by the U.S. National Wildlife Foundation’s Certified Wildlife Habitat program in 2016, making it the first official U.S. diplomatic residence to acquire this recognition.