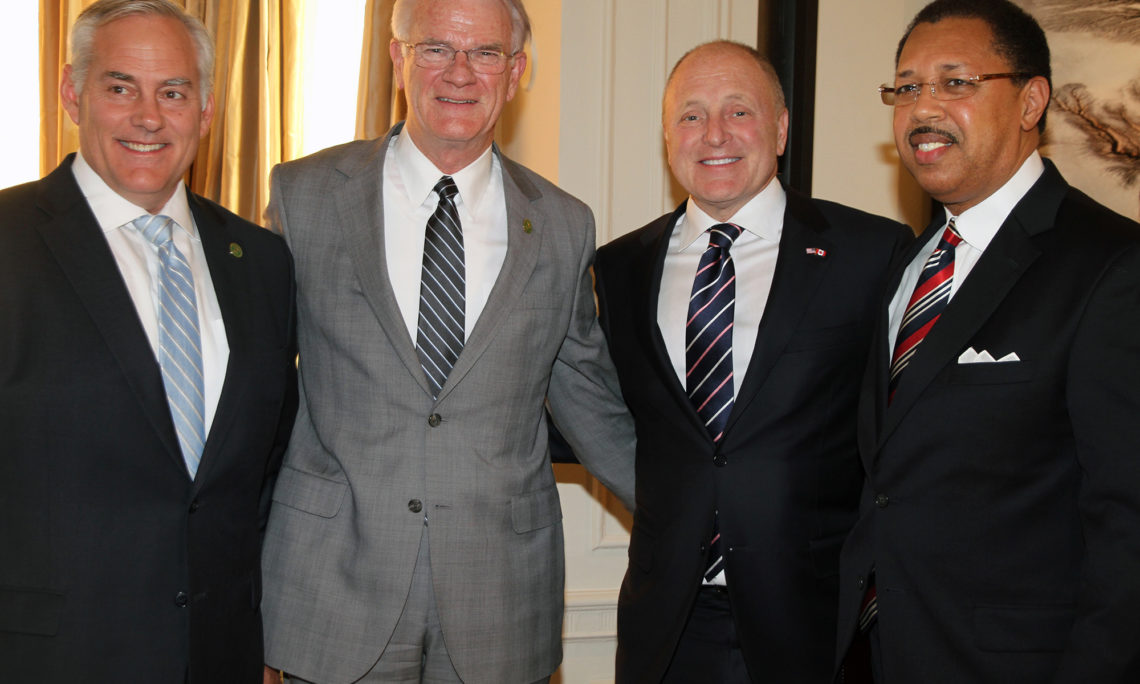 Ambassador Heyman welcomes the Memphis in May delegation to Ottawa. (Credit US Embassy Ottawa)
Memphis is in the building!

Canada will be the country of honor April 29 – May 31, 2016, at the 40th annual Memphis in May International Festival in Memphis, Tennessee.

United States Ambassador to Canada Bruce Heyman and his wife Vicki Heyman opened their home to Canadian guests and to a delegation from Memphis who visited to promote Canada’s featured role in this year’s festival. The Memphis delegation is also visiting Montreal and Vancouver during their week-long tour of Canada, April 1-8.

The next diplomatic event will occur at the Fairmont Hotel in Vancouver on Friday morning with a Business Breakfast hosted by the U.S. Foreign Commercial Service and CN.

“This annual trip to the Memphis in May honored country is one of the most important features of the partnership. This trip will create more business connections between Memphis and Canadian businesses, advancing the already successful trade that takes place between us,” said Ernest Strickland, Vice President, Community Development, Greater Memphis Chamber.

This year will mark the second time Memphis in May honors Canada, which the festival first saluted in 1978.

The reception at the Ambassador’s home featured a musical performance by Grammy award nominee Preston Shannon, who is hailed as the King of Beale Street in Memphis, Tennessee.

“Canada is an important ally and trade partner, and we want to further strengthen our ties with our neighbor to the North,” said Doug Browne, board chairman of Memphis in May International Festival. “We have thousands of participants and visitors coming to the festival in May and we wanted to bring some Memphis to Canada in advance of our salute to this great nation.”

Memphis in May is North America’s largest month-long international festival focused on the arts, culture, and economic development. The event has been recognized internationally with more than 184 awards for excellence by the International Festival and Events Association.