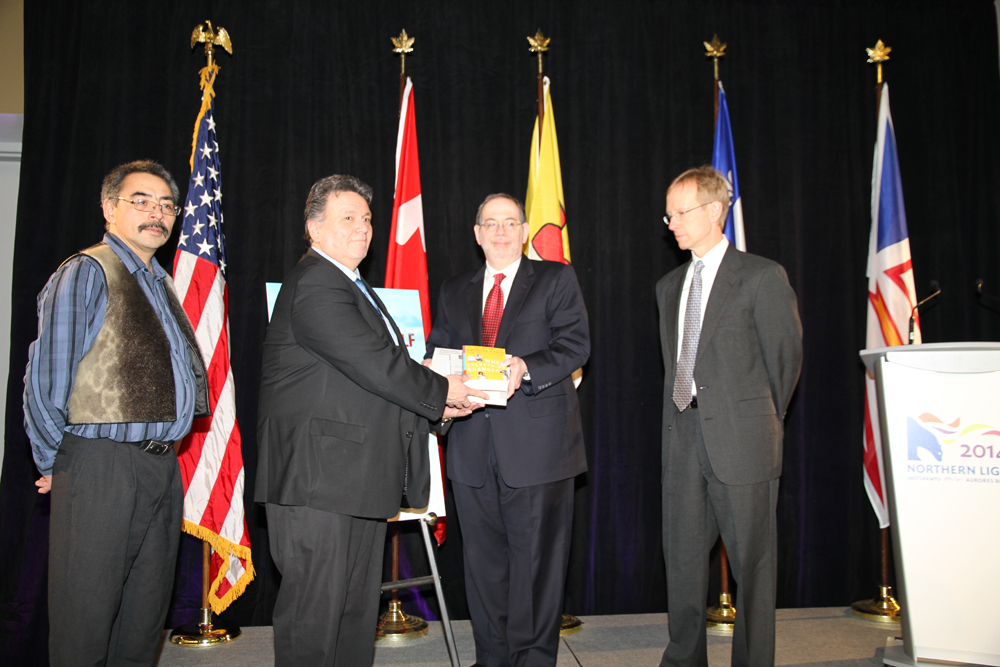 At a ceremonial presentation to the Nunavut Arctic College, the Embassy’s Chargé D’Affaires Rich Sanders presented a few books to represent the donation of an “American shelf” to the Nunavut Premier, The Honourable Peter Taptuna, at the Northern Lights 2014 Conference in Ottawa on January 29, 2014. The American Shelf, with a value of over $11,000 (US dollars) was especially selected to enhance the current collection at the College’s library, and to support the College’s curriculum and the broader community. It is the second American Shelf donation to the College; the first was in 2005.

In presenting the donation, Chargé D’Affaires Rich Sanders thanked Premier Taptuna and Deputy Minister Akeeagok for meeting with him and for their friendship with the people of the United States and the U.S. Embassy and U.S. Consulate in Quebec City. In his remarks, Mr. Sanders told the Premier, “This donation represents the commitment of the government of the United States to work with the government of Nunavut in its economic and social development. These books will help with the education and progress of the students and the public in your community.” Mr. Sanders added that he had the privilege of visiting Nunavut last summer, and asked Premier Taptuna to, “Please think of the United States as a partner.”