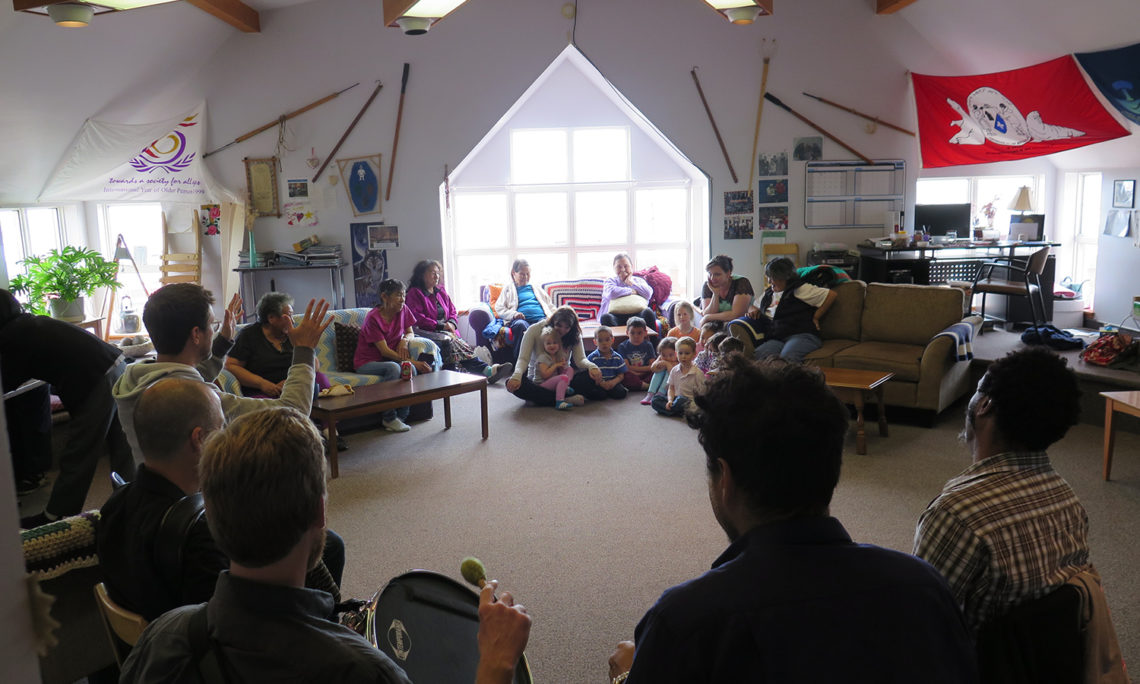 Matuto play for elders and infants at Elders Qammaq.

New York-based musical group Matuto, a band that blends Brazilian, Afro and bluegrass music into their own unique sound, put that belief into action when they spent a week in Canada’s northernmost capital city, Iqaluit. They were in the Canadian Arctic to play Nunavut’s 11th annual Alianait arts festival, with help from a grant by the United States Embassy in Ottawa.

Matuto brought southern rhrythms to a community located far above the 60th parallel, and spent much of their time reaching out to locals and experiencing Nunavut’s unique arctic culture and warm hospitality.

The band, made up of South Carolina’s Clay Ross and Adam Snow, New York’s Rob Curto, Oakland California’s Josh Hari and Rio de Janeiro’s Ze Mauricio, performed a gig at the Storehouse Grill and got commuity members of all ages dancing and signing at two big Alianait festival performances. While in Iqaluit, they also led percussion workshops at the Youth Centre, and performed for a group of seniors and daycare kids at Elders Qammaq, and an adult group home.

It was as much of a learning experience for the band members as it was for the community, for the band graciously listened and took part in local culture, appreciated throat signing demonstrations and jammed with local artists.

A once in a lifetime experience for both residents of Iqaluit and the band, it won’t soon be forgotten.