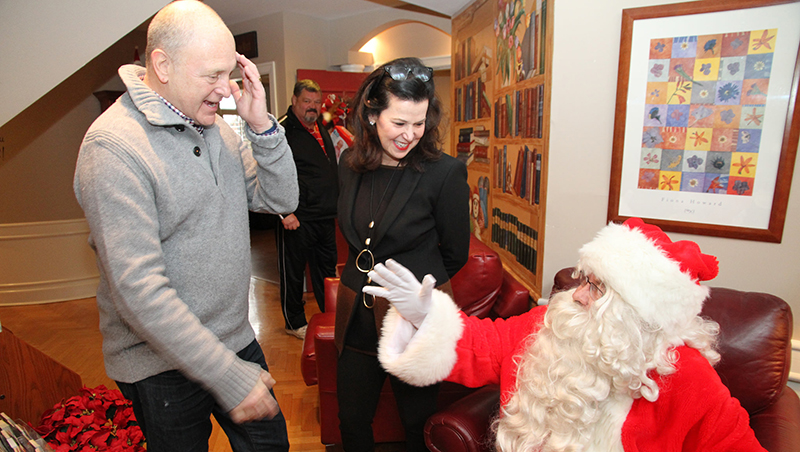 Is there anything sweeter than bringing joy to a child during the holiday season? We think not! There was plenty of joy to go around this morning at Ottawa’s Ronald McDonald House when the Embassy’s Marine detachment from US Embassy Ottawa — and special guest Santa Claus – delivered hundreds of toys to sick children and their siblings as a part of the Toys for Tots Foundation’s annual charitable drive. United States Ambassador to Canada Bruce Heyman, Vicki Heyman, and CTV News Ottawa anchor Graham Richardson also got in on the fun by calling up the children for one-on-one chats with Saint Nick himself.

Started in 1947 in California, Toys For Tots‬ is an official mission of the Marine Corps Reserve that collects toys in the months leading up to Christmas and delivers them to children in need as a message of hope and caring. Big thanks to our local Ottawa Marine detachment on another successful year!