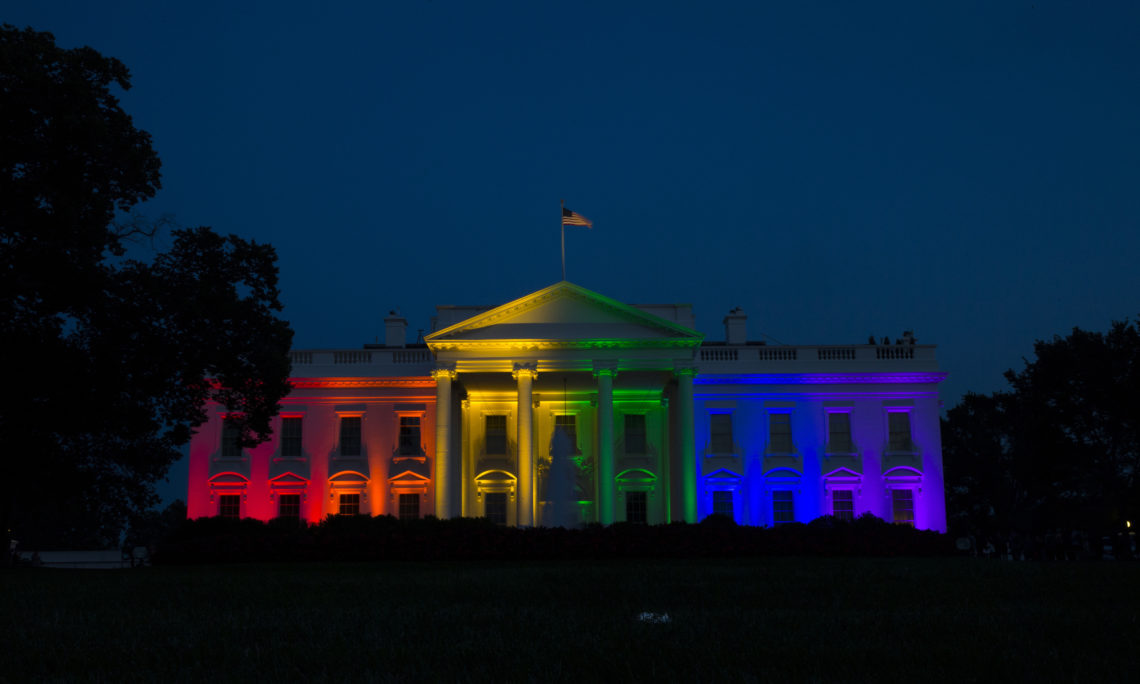 The White House is lit up in rainbow colors in commemoration of the Supreme Court's ruling to legalize same-sex marriage. Friday, June 26, 2015, in Washington. (AP Photo/Evan Vucci)

There remains much work to do to extend the promise of our country to every American, but because of the acts of courage of the millions who came out and spoke out to demand justice and of those who quietly toiled and pushed for progress, our Nation has made great strides in recognizing what these brave individuals long knew to be true in their hearts — that love is love and that no person should be judged by anything but the content of their character. During Lesbian, Gay, Bisexual, and Transgender Pride Month, as Americans wave their flags of pride high and march boldly forward in parades and demonstrations, let us celebrate how far we have come and reaffirm our steadfast belief in the equal dignity of all Americans.