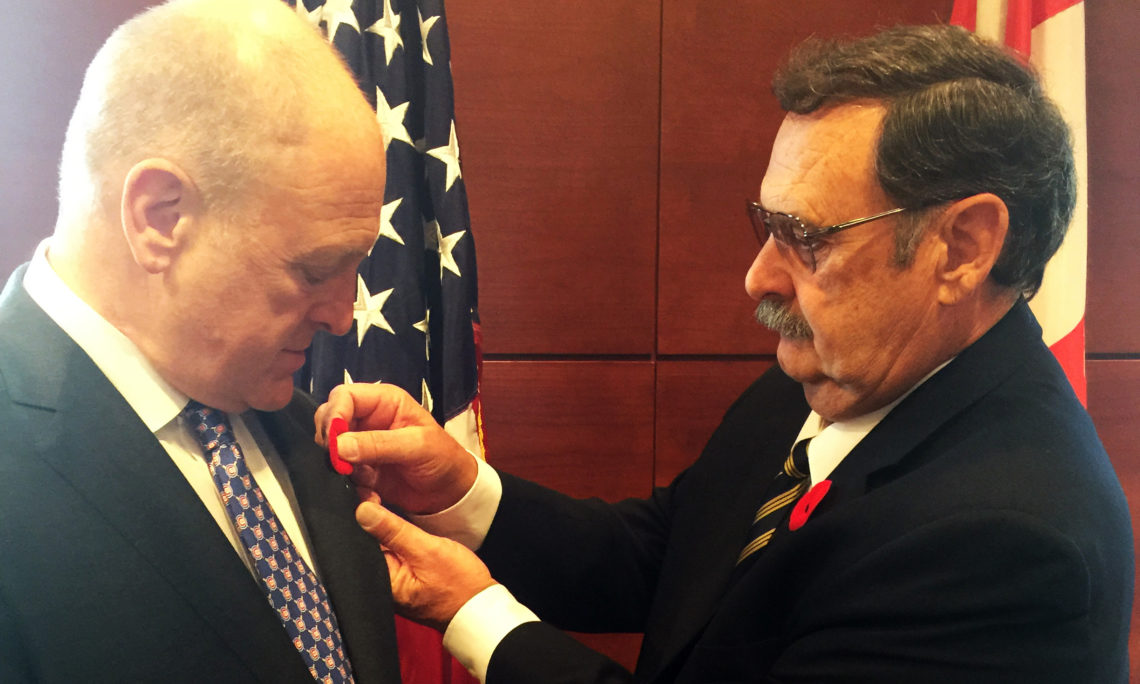 The Ambassador was honored to join Canadians from coast to coast who don the poppy as a visual symbol honoring the service and sacrifice of Canada’s veterans.

Members of the U.S. and Canadian military have a long history of serving courageously alongside one another to protect peace and security for our citizens and the for the world. As an example of this shared history, Ambassador Heyman was proud to show Mr. Beaupre the World War I uniform of his grandfather, Pvt. Samuel Heyman. The Ambassador keeps the uniform and some of his grandfather’s belongings on display in his office.

The two were also joined in the presentation by U.S. Army Attaché Colonel Rob Worsham.