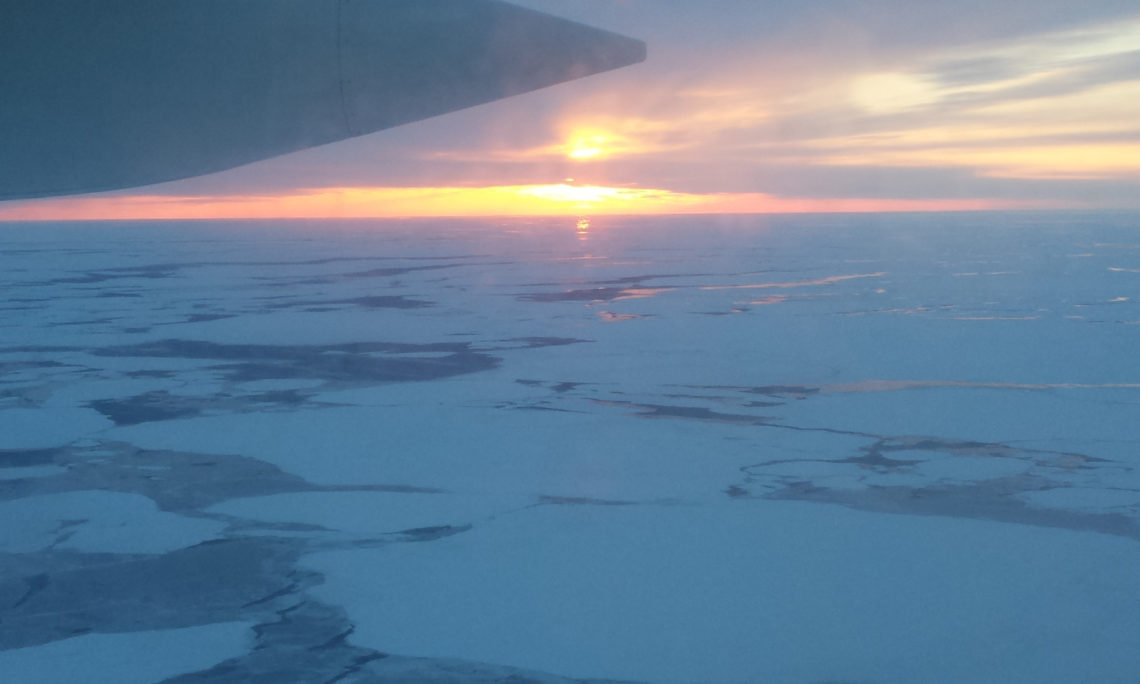 The IIP deployed its first Ice Reconnaissance Detachment (IRD) to Newfoundland, Canada, to meet with Canadian partners and to conduct the initial aerial patrols of the season.

The IIP conducts iceberg reconnaissance using HC-130J Hercules aircraft from U.S. Coast Guard Air Station Elizabeth City, North Carolina. The IRD detected 156 icebergs on this first deployment. The IIP will continue to monitor the risk of iceberg collision in the North Atlantic Ocean and distribute daily iceberg warnings to the maritime community throughout the season. IRDs will deploy to Canada until late in the summer.

The 2014 ice season was the sixth most severe season on record where more than 1,500 icebergs drifted into the transatlantic shipping lanes. The severity of an ice season is measured by two factors; the number of icebergs passing south of the 48th parallel North, which marks the nominal northern boundary of the transatlantic shipping lanes, and the number of days that icebergs are present south of this latitude.