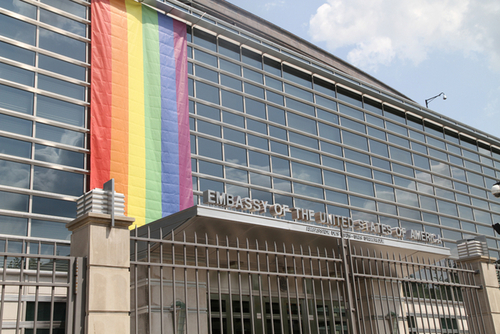 “On May 17, Americans and people around the world mark the International Day Against Homophobia and Transphobia by reaffirming the dignity and inherent worth of all people, regardless of who they love or their gender identity.”

Read President Obama’s statement on the International Day Against Homophobia and Transphobia at whitehouse.gov. Secretary Kerry’s statement is available at state.gov.