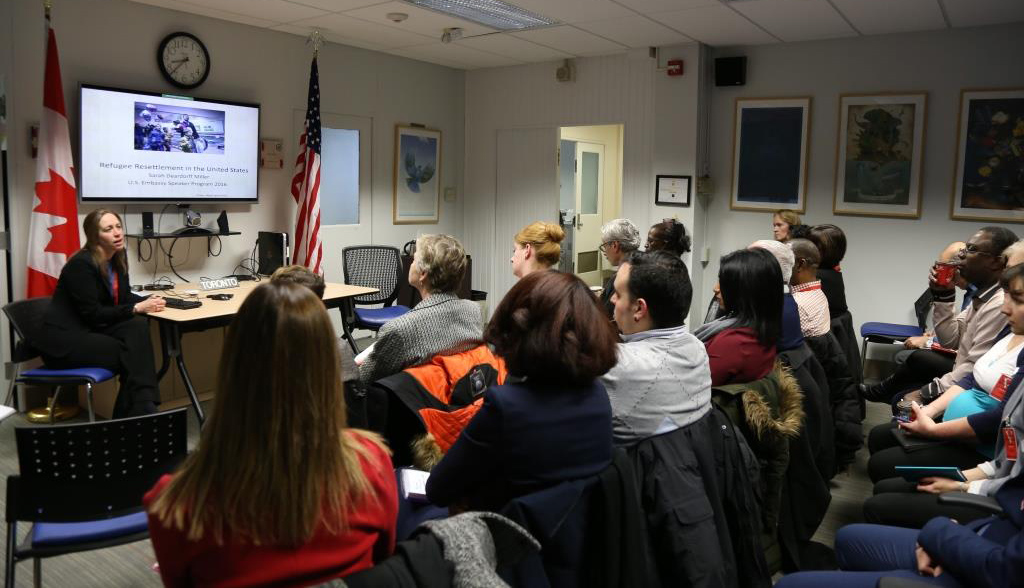 On March 1, 2016, U.S. Consulate General Toronto organized a program with U.S. Speaker Dr. Sarah Deardorff-Miller as part of the Consulate’s engagement strategy in Toronto on Syrian refugee resettlement. During her time in Toronto, Dr. Miller was featured in three speaking engagements in addition to two working meetings with Toronto’s municipal social service providers, provincial officials, NGOs and academic representatives. Dr. Miller’s sessions provided an overview of refugee resettlement policies based on her experience as a researcher in the United States and as a research specialist with UNHCR. Public Affairs Section of the U.S. Consulate Toronto was also able to successfully organize two round tables at the Center for Refugee Studies at York University and at the Munk School of Global Affairs at the University Toronto. The roundtable participants included student researchers and prominent scholars on the subject, some of who were familiar with Dr. Miller’s previous work. The Consulate also hosted a working lunch for Dr. Miller where she interacted with provincial leaders, including the Assistant Deputy Minister for the province’s Syrian Refugee Resettlement Secretariat and the Premier’s Senior Policy Adviser.