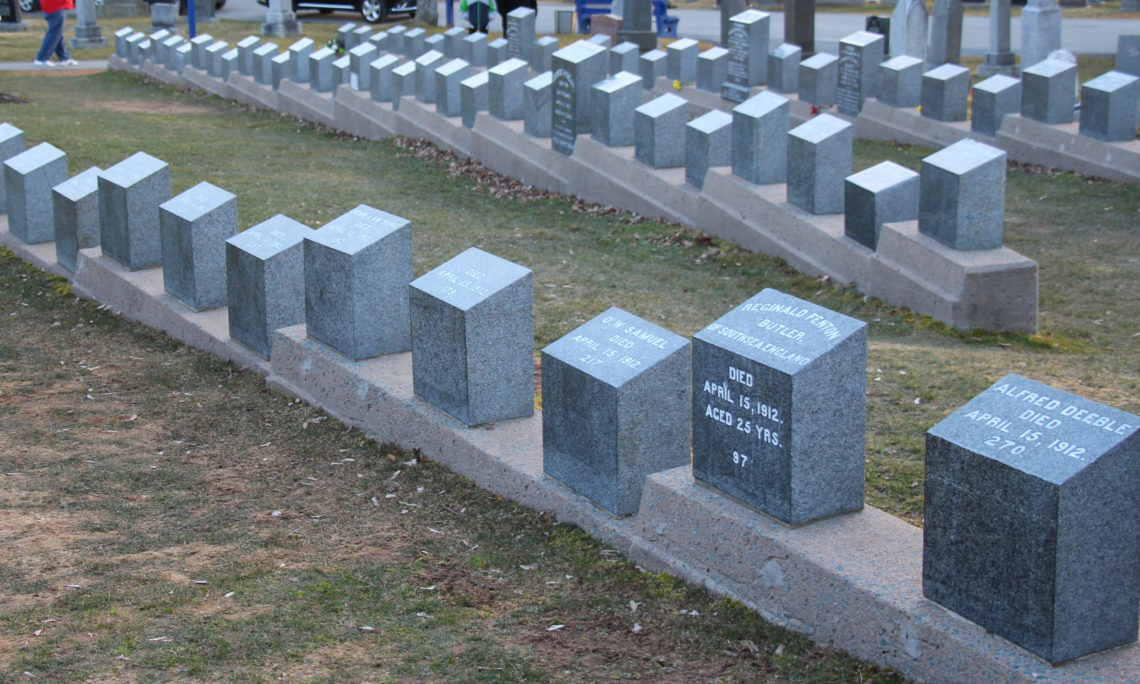 Graves at the Fairview Lawn Cemetery in ‪‎Halifax. (Credit US Consulate Halifax)

On the evening of March 30, 2016 Halifax Consul General Steven Giegerich joined Commander Gabrielle McGrath and other members of the U.S. Coast Guard‘s Ice Patrol at a ceremony at Fairview Lawn Cemetery in Halifax to honor the victims of the Titanic.

Wreaths were blessed and laid on the graves of four victims of the Titanic. Ice Patrol will drop those same wreaths in the Atlantic Ocean over the location of Titanic’s last signal.

The Ice Patrol was established as a direct result of the sinking of Titanic in 1912. Within a month of the sinking, the U.S. government sent two U.S. Navy ships to the Grand Banks to monitor iceberg danger and warn transatlantic mariners. The following year, the U.S. Coast Guard took over the mission, and with the exception of the two World Wars, the Ice Patrol has been active each season since 1913. Dedicated men and women of the United States Coast Guard have served at the International Ice Patrol for more than a century. Not a single ship heeding Ice Patrol warnings has struck an iceberg since Titanic.