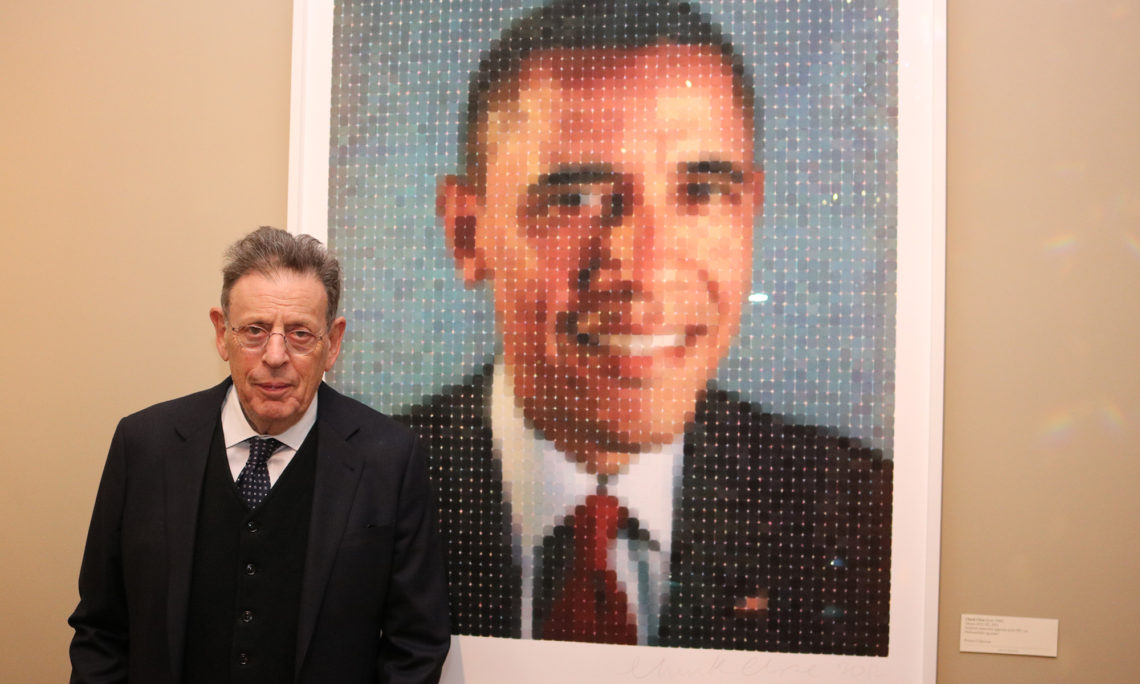 And now, the Glenn Gould Prize. On Saturday evening in Ottawa, Maestro Glass was honored with a reception at Lornado, the official residence of the United States Ambassador to Canada.

The reception was a prelude to Maestro Glass becoming the Glenn Gould Foundation’s eleventh Laureate at an exclusive concert held at Ottawa’s National Arts Centre. The Glenn Gould Prize is a prestigious honor awarded to artists for a “unique lifetime contribution that has enriched the human condition through the arts.” At the Lornado reception, the well-wishers included Ontario Lieutenant-Governor Elizabeth Dowdeswell, Minister of Indigenous and Northern Affairs Carolyn Bennett, Supreme Court Judge Rosalie Abella, Senator Peter Harder, Clerk of the Privy Council Michael Wernick, and numerous other dignitaries. Maestro Glass graciously recognized the Glenn Gould Prize as a pinnacle in an artistic career.

As a young musician, Maestro Glass expanded his musical knowledge and inventiveness as a student in Paris on a Fulbright scholarship, the U.S. government’s flagship academic exchange program. In Paris, he studied with Nadia Boulanger and began a long association with Ravi Shankar. Deputy Chief of Mission Elizabeth Aubin, host of Saturday’s reception, observed that Philip Glass’s career “represents exactly the kind of inspiration the Fulbright program has instilled since its beginnings in 1946 — the drive to travel beyond borders with a goal of discovering and creating new thought and new worlds.” Philip Glass received the Fulbright Lifetime Achievement Medal in 2009. Maestro Glass reminisced about his Fulbright studies and also talked about his love for Canada, referring fondly to his second home in Cape Breton, Nova Scotia, and of the deep cultural and artistic ties between the United States and Canada.