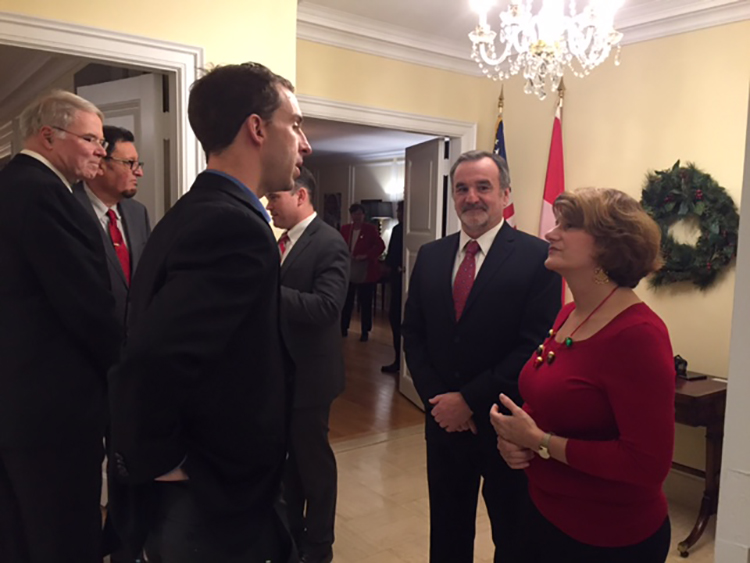 Consul General Allison Areias Vogel and her husband René officially launched winter holiday celebrations during a reception hosted at their residence.  The CG welcomed dignitaries and representatives from the government and various organizations while expressing heartfelt gratitude to the Consulate’s partners and staff as well as underlining the indestructible links between the United States and Canada/Quebec. Guests wrote messages of peace on heart-shaped Christmas tree decorations and sang lively Christmas carols around the piano.