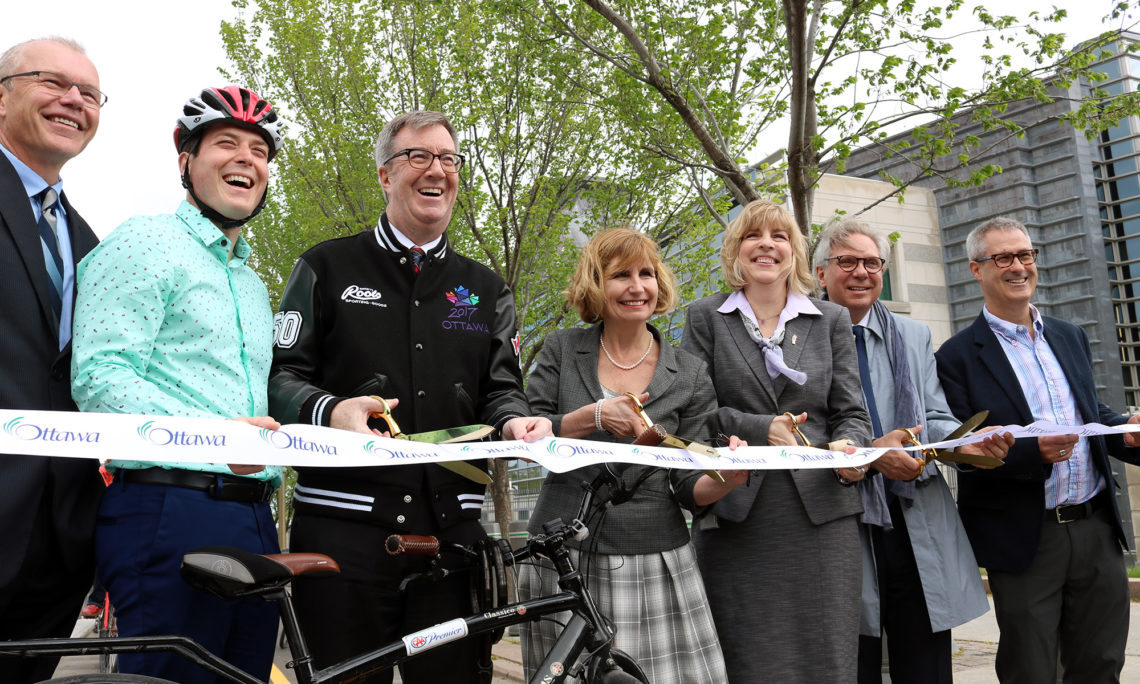 On Friday, May 19, U.S. Mission to Canada Chargé d’Affaires Elizabeth Moore Aubin attended a ribbon-cutting ceremony hosted by Mayor of Ottawa Jim Watson to open the Mackenzie Avenue Cycling Lane to the public.

Chargé Aubin and Mayor Watson were joined by Dr. Mark Kristmanson, CEO of the National Capital Commission, and Nathalie Des Rosiers, Member of Provincial Parliament for Ottawa-Vanier, Ottawa city councilors, and members of the Ottawa cycling community in celebrating the opening of the bike lane.

“This is a project of significant importance and the U.S. Embassy is proud to have partnered with the NCC and City of Ottawa to make it happen,” said Chargé Aubin. “The new bike lane on Mackenzie Avenue is a beautiful and welcome addition to Ottawa’s vibrant bike culture and downtown landscape.”

The new bike lane along Mackenzie Avenue consists of a paved two-way cycle track, and is separated from road traffic by a combination of curbs and buffers, with bollards in front of the U. S. Embassy.

The Ontario Municipal Cycling Infrastructure Program is a partner in the project with the City of Ottawa, the NCC, and the U. S. Embassy.