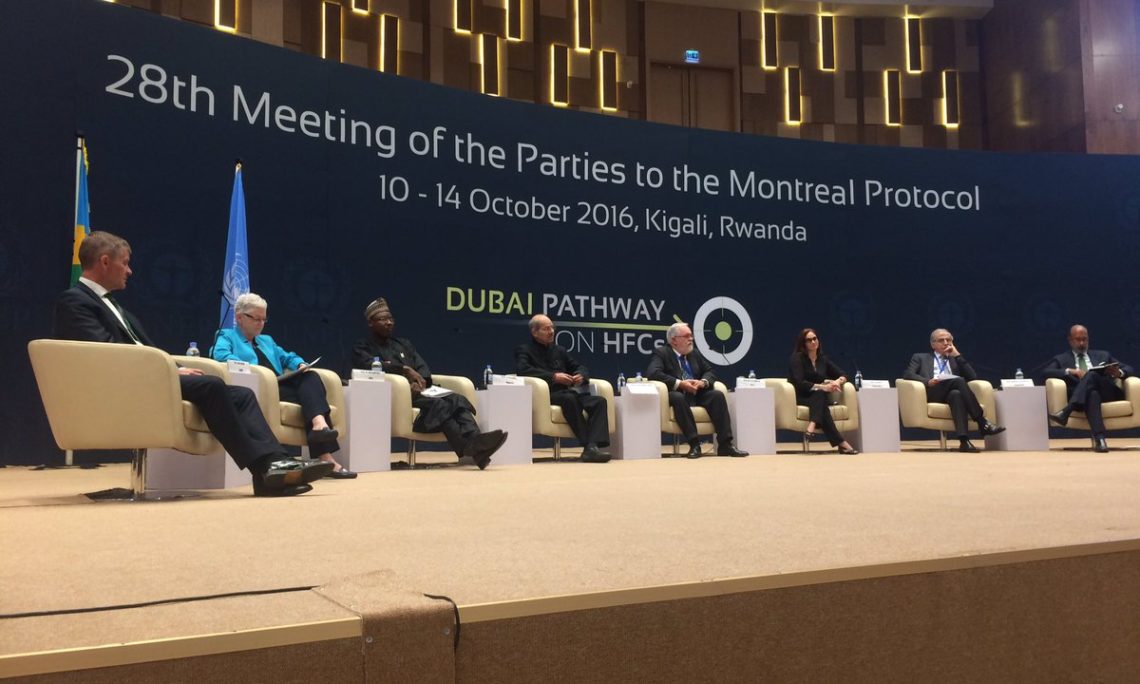 28th meeting of the parties of the Montreal Protocol. Credit EPA.

The world came together today in yet another milestone on the path toward a safer, more sustainable future. In Kigali, Rwanda, I was proud to help represent the United States as the nearly 200 Parties to the Montreal Protocol agreed to an amendment to phase down the use and production of potent greenhouse gases known as hydrofluorocarbons (HFCs). The Kigali Amendment we adopted could avoid up to half a degree Celsius of warming by the end of the century.