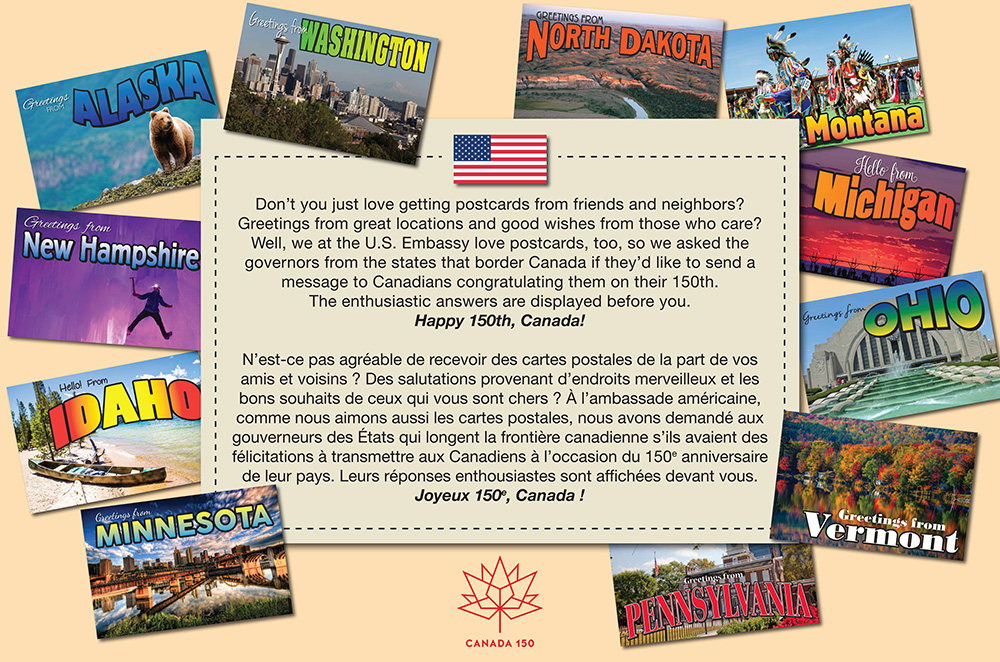 In commemoration of Canada’s 150th anniversary of Confederation, the U.S. Embassy in Ottawa is featuring congratulatory messages from governors of U.S. states bordering Canada in an exhibit now available for public viewing on the U.S. Embassy’s Mackenzie Avenue outer fence. The exhibit will be on display from June 2 until the first week of July.